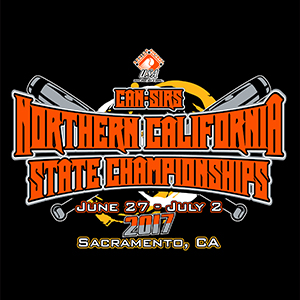 SSUSA and the CAN-Sirs organization teamed up for a second straight year to help promote cancer awareness and prevention. Additionally, $50 from each team for a total of $2,900 was donated to CAN-Sirs. "We're happy to team up with CAN-Sirs and Sacramento Sports Commission to benefit a great cause and tournament," said Fran Dowell, SSUSA Executive Director.

In the three-team 65/70 Gold division, Animals (CA) (pictured below) came out of the elimination side of the bracket to double-dip Omen 70 (CA), 13-12 and 16-10, in the championship and “if” games, respectively. Sacramento Islanders 65 (CA) finished in third place.

Moving to the second session, Tri-C Machine 60 (CA) won the Men’s 55/60 Gold division, bouncing back with a 21-7 win in the “if” game over Fresno Heat (CA), after dropping the championship game, 20-15. As the highest finishing 55 AAA team, Fresno Heat was awarded a TOC bid. Rebellion (CA) finished in third place.

Nor Cal Warriors defeated JU Entertainment/AfterShock (CA) in a best two-out-of-three series for the Men’s 50 Major Plus division. After dropping the opening game, 24-9, Nor Cal Warriors came back to win games two and three, 12-5 and 19-2, respectively.

California Energy won the Men’s 50/55 Gold division, defeating 805’s PE Class (CA) 18-10 in the championship game. 805’s PE Class made a valiant run through the elimination side of the bracket, winning four straight games, before falling in the final. Sacramento Flash finished in third place.

In the 10-team Men’s 40 Masters Major division, Team CPC (CA) came out of the elimination side of the bracket to defeat Team ASB/Executive 1 (CA) in back-to-back games, winning the championship and “if” games, 23-13 and 27-26, respectively.  Sofa King Softball/Elite (CA) rounded out the top three finishing teams in the bracket.