Searle began playing SSUSA in 2008 was a long-time player and manager with The Zone 65, 70 and 75. He most recently played in the 2018 Spring World Championships and Rock ‘n Reno Challenge Cup.

"We remember Jack's smile and optimistic outlook," said Rex Cates, a teammate of Searle on The Zone. "Jack was an excellent pitcher and he loved softball.  He passed away on the ball field at the Huntsman Senior Games.  Jack's favorite saying was --no matter what happened --  'It is what it is'.  It was a done deal and he went on from there.  We miss him!"

Searle was co-owner of Central Heating Inc. and became involved with figure skating, from taking his daughter to competitions to becoming a judge, referee and accountant. Searle also loved to golf and was a member of the Men's Association at Lakeside Golf Course. He enjoyed pheasant hunting in South Dakota every year and fishing in Alaska with his family.

Glazner began playing SSUSA in 2008 with Nevada Silver Stars 50. He also played with All Pro Plumbing 50 and 55, and was along-time member of Last Call 60. Glazner played the past two seasons with Last Call 65.

"Playing league and tournaments with Mitch, we all learned several things about  him:  He was very competitive, but always a good sport, and he had a knack for getting hurt running into things like fences and other players trying to make big plays, often doing both," said Tim Fodor, manager of Last Call. "Mitch didn’t let two full knee replacements slow him down either. This past summer at the SSUSA Western National Championships, he was running the bases with the best of us, and even for some of us.  A lot of folks did not know that Mitch was a retired Fire Chief. Sparky Anderson, hall of fame baseball player and manager once said referring to ballplayers: 'Don’t call us hero’s. Firemen are hero’s.' I think Mitch had both those bases covered. Mitch will be missed by his teammates not just because he was a great player which he was, but more importantly he was a very good friend to all of us."

Glazner began his career in firefighting with the US Forest Service in Lake Isabella, Calif. He would later go on to work for the Carson City Fire Department, and then with the Reno Fire Department, where Glazner worked through the ranks, and eventually retired as Division Chief.

Glazner’s love of sports led him to organize and host the Western States Police and Fire Games in Reno in 2005 and 2010. 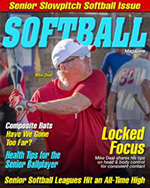 Deal retired from the Philadelphia Police Department as a lieutenant in 2015 after 37 years of service. He had lived in Las Vegas for the past four years.

In his short two plus years with the LVSSA, Deal has been a Field 1 player on Mondays and Thursdays, attended the Monday/Wednesday batting practice, helped coach the Sin City 60's Major team, chatted with the guys and offered suggestions on how to improve their game and chatted-up his hometown Eagles, Flyers and Phillies.  He also volunteered repeatedly for several tournaments as a field worker. 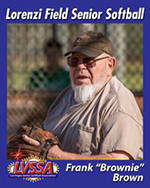 Brown coached Pop Warner Football for several years, and made amazing chili, winning some awards at chili cook-offs.  He also was a sheet metal worker and was member of the Sheet Metal Local #88 for 58 years. Some of his work can still be seen at Las Vegas hotels and buffets.

Brown served in the US Navy aboard the Midway Aircraft Carrier, as an airplane mechanic.

Brown had been a member of the LVSSA since 2002. 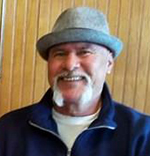 He was a long-time member of Viejitos 60. Garcia last played in 2017 in the Last Chance Qualifier.

“Feliz was a bulldog on the mound, commanding respect as he went about his duties as our star pitcher,” said Samuel Scott, a teammate on the Viejitos and ODB teams. “I can’t begin to say how much he will be missed. Rest in Paradise WEEKEND WARRIOR and you’re forever a Viejitos.”