The sit-down banquet celebrates teams and players for a successful 2018 season. 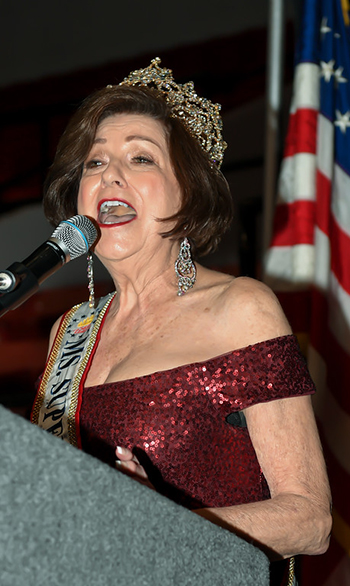 Awards were handed out to the TOC All-Star Game winning team and runner-up, as well as prizes for the winners of the skills contests.

All 95 teams were recognized during the night.

The Louisville Slugger Warriors held a raffle and special auction, raising over $8,500. $3,500 came from the special flag auction (photo below). 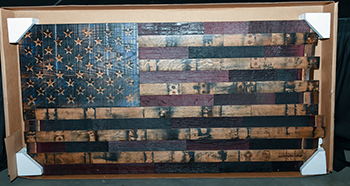 The Louisville Slugger Warriors auctioned off a one-of-a-kind American flag made of wood from wine and whiskey barrels to raise money for their travel expenses at the TOC Banquet. The flag was made by The Heritage Flag Company, with the SSUSA, TOC and Louisville Slugger Warriors logo burnished into the wood. The red stripe slats on the flag were from authentic red wine barrels and the white slats were made from whiskey barrels. 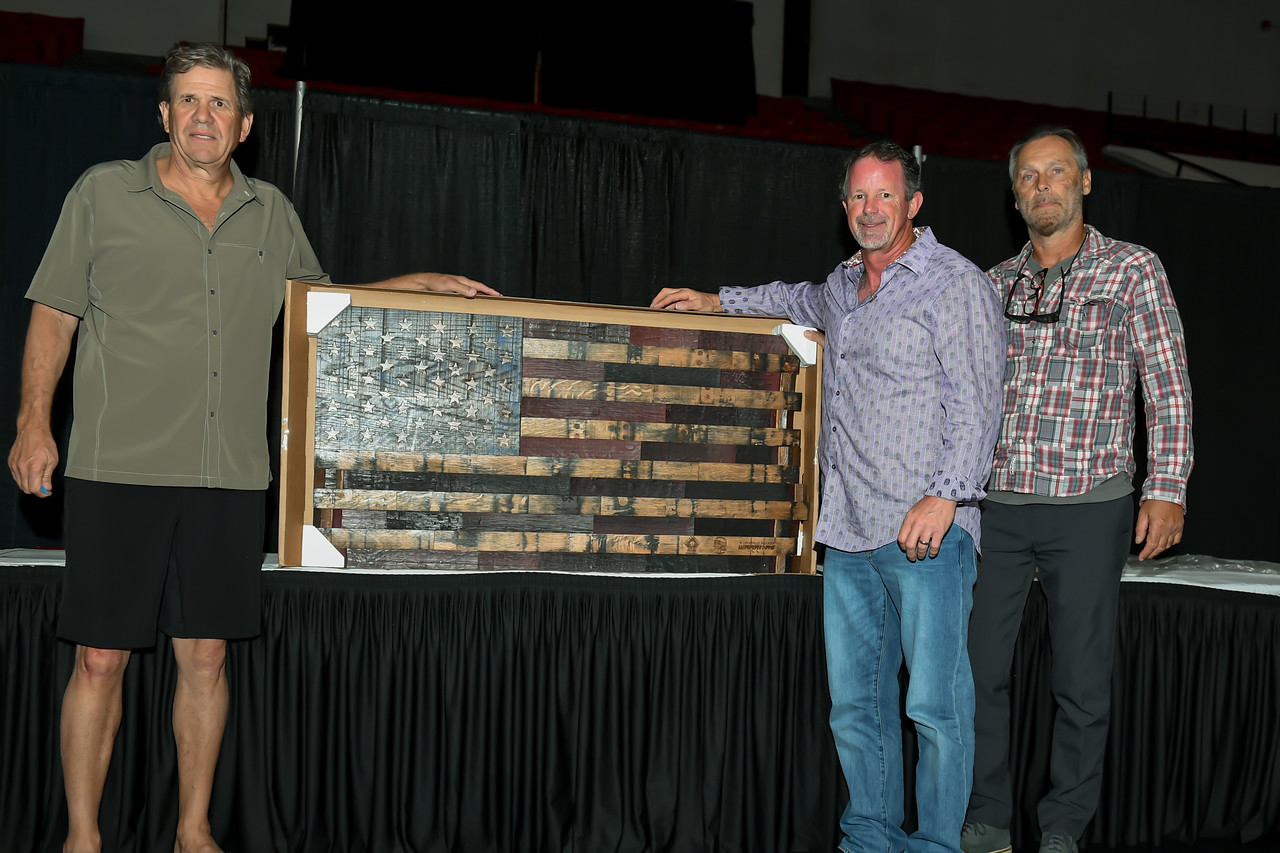 Jim Pierce (ID), left, and Michael Allen (HI), right, of Northwest Softball Club/Underdogs (WA), won the flag auction with a $2,000 bid, then gave it to the the second place bidder, Alan Tanner of Miken, who agreed to pay his bid of $1,500 to the LS Warriors.

The raffle was for two roster spots on the LS Warriors team to play in Saturday’s game. Don Cossey (NV) and Bill Saunders (AZ) were the lucky winners. 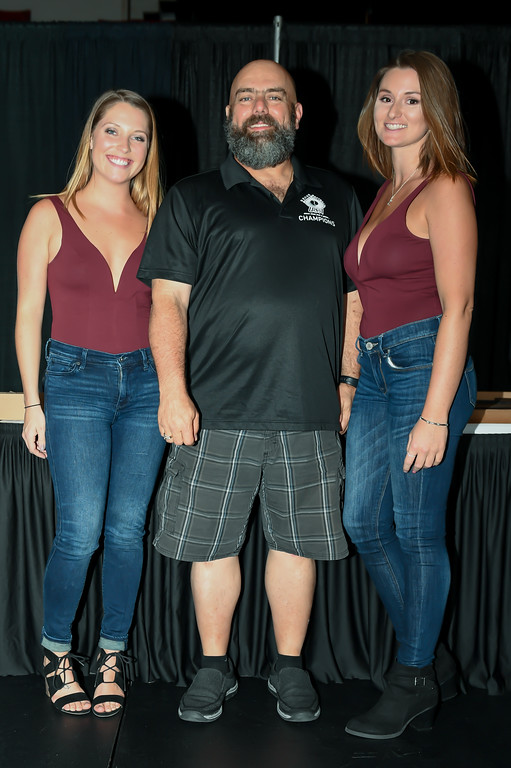 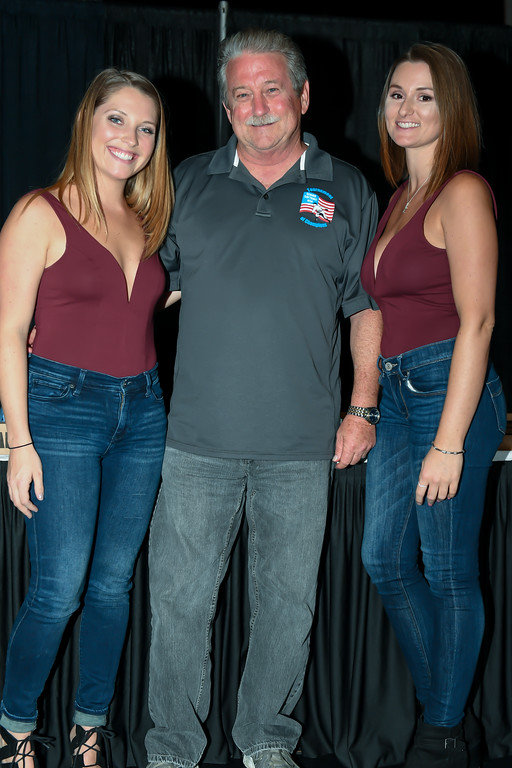 “It was an awesome experience to meet and play with the Louisville Slugger Warriors,” said Cossey, a member of the Sin City Warriors (NV) Men’s 50 AAA team. “These guys have sacrificed so much for our country and our freedom and yet they keep doing and experiencing new and fun things, they are GREAT! I would like to extend another thank you for your service to them and thank you for letting be a part of your team for the day.” 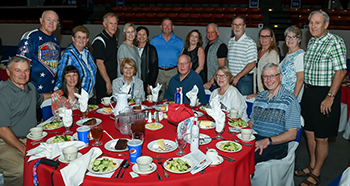 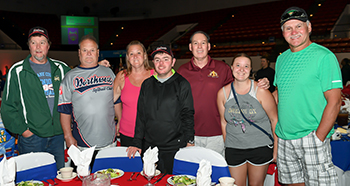 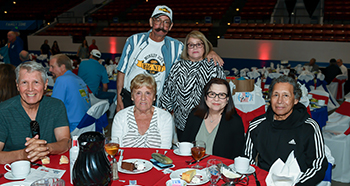 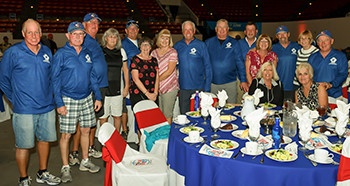 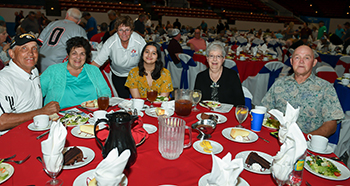 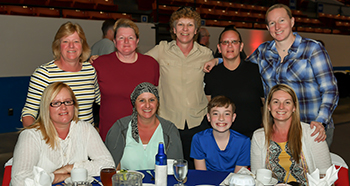 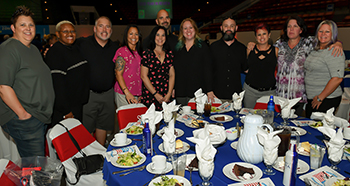