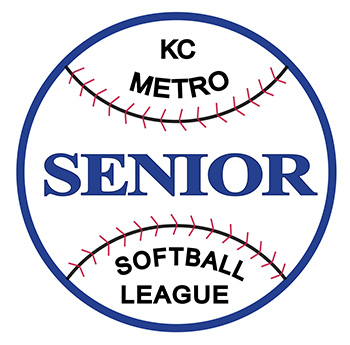 Across suburban Kansas City in recent months, groups of smiling seniors wearing matching blue baseball jackets have appeared at various venues, including restaurants and other hangouts.

Their jackets have nothing to do with baseball’s Kansas City Royals.

Instead, the wearers belong to a special club – a group of 108 softballers who have played at least 20 seasons in the Kansas City Metro Senior Softball League (KCMSSL). 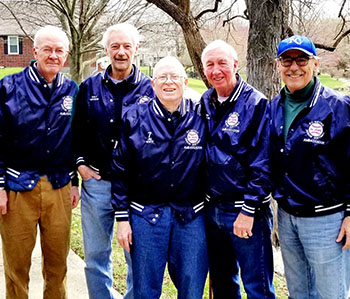 The league’s awards committee brainstormed the jackets as a way to honor long-time players while also promoting the KCMSSL. Presented this recent off-season after meticulous research to determine eligibility, the jackets have been a tremendous hit.

“When you handed my ambassador jacket to me, I felt like a little kid again and Santa brought me my greatest Christmas gift,” recipient Jim White wrote in an email to committee chairman Barry Gordon after the awards ceremony at the league’s annual membership meeting.

The KCMSSL, believed to be the largest senior softball league in the country, launched its 30th season in mid-April.

What began in 1990 with a handful of men playing on three teams has grown to more than 925 members playing on more than 90 teams in men’s, women’s and Co-Ed divisions. And league President Randy Rowe is confident that "by the time we raise a toast to celebrate our 30th anniversary we’ll also be celebrating having exceeded the 1,000-member plateau for the first time."

Players range from their mid-30s to their upper 80s. Hundreds of league members also compete nationally in Senior Softball-USA tournaments across the country.

The KC Metro Senior Softball League encourages people middle-aged and older to get in the game—have fun, get fit, and make new friends.