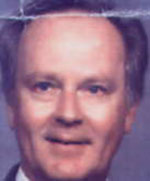 “Bob was one of the most popular players in the Redwood City Club,” said Dennis Logie, President of Redwood City Señors Softball Club. “He was known for his sense of humor, his friendliness, his compassion, his generosity, and most of all, his willingness to volunteer. Bob was a member of many tournament teams: primarily the Redwood City Royals and the Redwood City Gold Rush. Bob loved softball more than any other player we know, and his death is a great loss to his family, his friends, and the Club.” 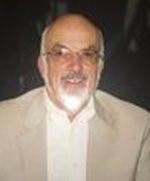 Within SSUSA, Bougopoulous last played with the Redwood City Chief 80s team in 2016, participating in both the SSUSA/CAN-Sirs Northern California State Championships and the Rock ‘n Reno Challenge Cup.

Originally from Massachusetts, Bougopoulos was a U.S. Army veteran, and attended Harvard University and Boston University.

Bougopoulos had a 30-plus year career at IBM and Lockheed. 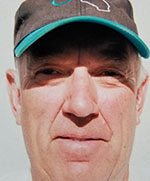 Within SSUSA, Makos last played in 2018 with California Connection 75, playing in the LVSSA/SSUSA Southwest Championships, and the Top Gun Reno Tune-Up.

“Mel was the consummate team leader, as well as the voice and soul of the team when something important had to be discussed,” said Tom Weaver, manager of California Connection 75. “He was always there to assist the team manager when strategy or rules were at issue. Mel will be missed as a teammate, as well as a truly great human being.”

Born in Chicago, Makos graduated from the University of Arizona and worked for 32 years in the Department of Agriculture. He retired as a Bureau Chief for pesticide enforcement and weed abatement.