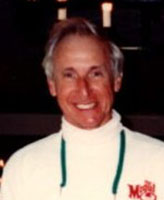 Winkelman was a longtime member of the New Jersey Jaguars and Masters teams.

“Richard played left field and was one of the best outfielders I ever played with,” said Bob Pietrzyk, who managed the Jaguars.

“We started out as Performance Management managed by Mike Christy. We became Petrocks and then Red Door after Mike moved to Florida and finally NJ Jaguars. He will be missed by his wife Carol and all his teammates.” 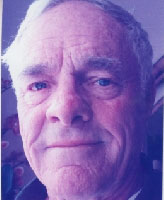 Dieter began playing SSUSA in 2006 with Nor’Eastern, and most recently played in the Winter National Championships in November 2018 with the New York Statesmen 80.

Born in Missouri, Dieter graduated from Southern Illinois University in 1961 with a Sociology degree and served for five years in the Navy, where he trained as a pilot and flew during the Vietnam War. After the Navy, Dieter worked for Pan American Airlines for 25 years, and eventually retired in 2000 from Delta Airlines.

“Jake will always be remembered for his infectious smile and his crooked ball cap,” said Rick Johnson, of Florida and manager of Oasis’s 65. “He was a great player and an even better person.”