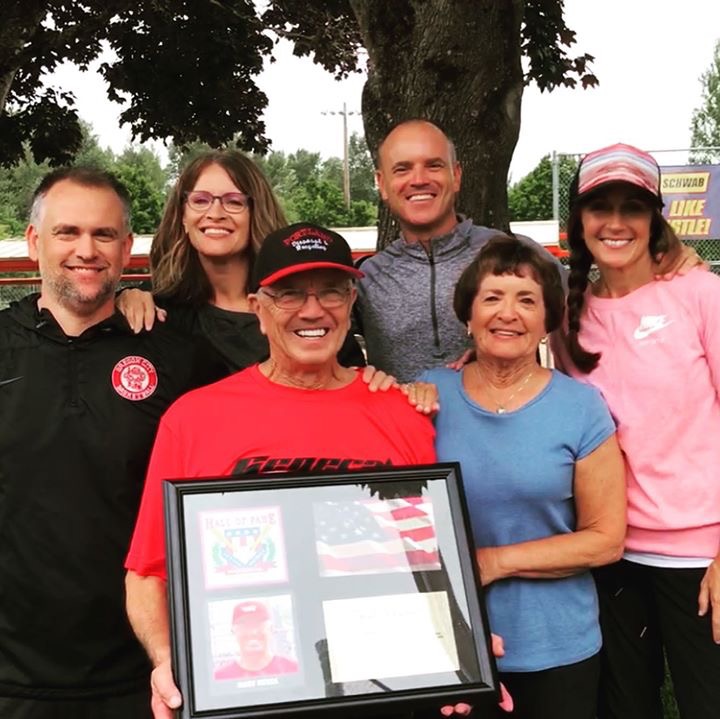 Marv Rueck, 80, was officially inducted into the National Senior Softball Hall of Fame (NSSHOF) in the Pioneer Player category at Wallace Marine Park Softball Complex in Salem, Ore on July 9.

Rueck, who was inducted at the Jim Sherman Memorial/Northwest Championships, helped lead his General Equipment (previously PDR Fastsigns) team to the elusive SSUSA Triple Grand Slam title in both 2015 and 2017, in the 75 Major division.

Rueck earned an All-Tournament selection for his performance at the 2015 LVSSA/SSUSA World Masters Championships.

Along with the PDR Fastsigns 70 and 75 teams (now General Equipment 75), Rueck also has played with WE Ruth Realty 60 and 65, The Bellettinni 70, and First American Title 65, among others.

In 2019, along with continuing to play with General Equipment 75, Rueck has begun playing in the 80’s division with Git-R-Done.

“I played with Marv on International Tournaments in New Zealand and Australia and was amazed at his soft hands and ability to direct the team effortlessly at shortstop,” said Terry Hennessy, SSUSA chief executive officer. “As important, Marv is an excellent ambassador for senior softball, he is the epitome of sportsmanship.”