From the Dugout - Drawing Inspiration

We often highlight the outstanding players, teams and plays on the field.

They are inspiring. It’s that simple.

But sometimes inspiration comes from outside the foul lines.

Last October, when life was blissfully normal in our world, a frail woman in a wheelchair with Stage-4 cancer inspired scores of players from several countries at the 7th Annual Pacific Rim Championships with her candor and courage.

Marcia Prins of Clinton, Iowa, did what she had done for years – she cheered on her husband Dave, who played an outstanding tournament for the USA Blue team. Players and their families were kind, but at first were not quite sure how to react.  Many of us knew of her condition and weren’t sure what to say.

That ended quickly when Marcia spoke frankly about what she was facing – and what she was determined to do - enjoy life with her husband doing exactly what they had done for decades, playing softball.

Each day was a struggle just to get to the games.  It was obviously difficult and sometimes painful. But when Marcia got to the field there was always a smile of accomplishment; never a tear and never, not once, did she rage at her fate.  Marcia was happy to enjoy the moments of the games, watching Dave play and talking with the other wives.

Somewhere in the middle of the tournament it became apparent to the players and people from other teams – many who didn't speak English – that we were witnessing true courage.

True courage isn’t flashy, but it is inspiring. 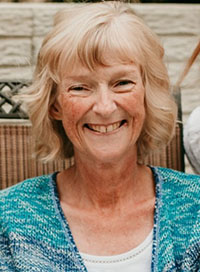 Terry Hennessy is chief executive officer of Senior Softball USA and can be reached at terryh@seniorsoftball.com.