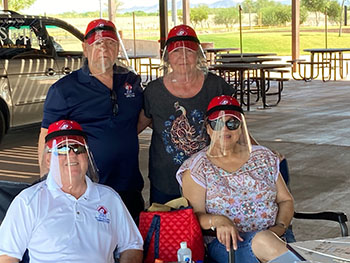 “It was exhilarating to see senior players take the field at the SoCal Championships in Yuma,” said Terry Hennessy, SSUSA’s chief executive officer. “Managers, players and spectators helped implement the new pandemic regulations and were very gracious about it. “

In the eight-team Men’s 50 Major Division, Bart’s Fossils (CA) ran through bracket play with a perfect 4-0 record, including a 34-16 win over Arizona Heat in the championship game.

The four-team Men’s 55 Major Division witnessed top seed So Cal 55 (CA) register a flawless weekend, going 3-0 in seeding and 3-0 in bracket play, including a 21-7 win over Enforcers (CA) in the championship game.

The teams traded one-run victories, as California Coast Plumbers/Horn took the opening game 17-16; while Weekend Warriors evened the series with a 23-22 win in extra innings.

The rubber-match saw California Coast Plumbers/Horn take the division with a 17-10 victory. 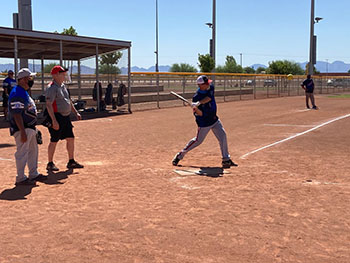 The five-team Men’s 60 Silver Division had another team go undefeated, as No. 2 seed Weakened Warriors (CA) went 2-0 in seeding play, and 3-0 in bracket play, including a 23-8 win over Top Gun Lightning (CA) in the championship game.

Top Gun Lightning got off to a rough start, going 0-2 in seeding play, and dropping their first two bracket games. The team bounced back with three straight wins en route to their runner-up finish.

The four-team Men’s 40 Gold Division saw top seed Team Amaya (CA) come out of the elimination side of the bracket to double-dip hometown team, Whatever (AZ), by scores of 21-19 and 28-21, in the championship and “if” games, respectively.

The double-dip by Team Amaya completed a run of four straight wins in elimination games.