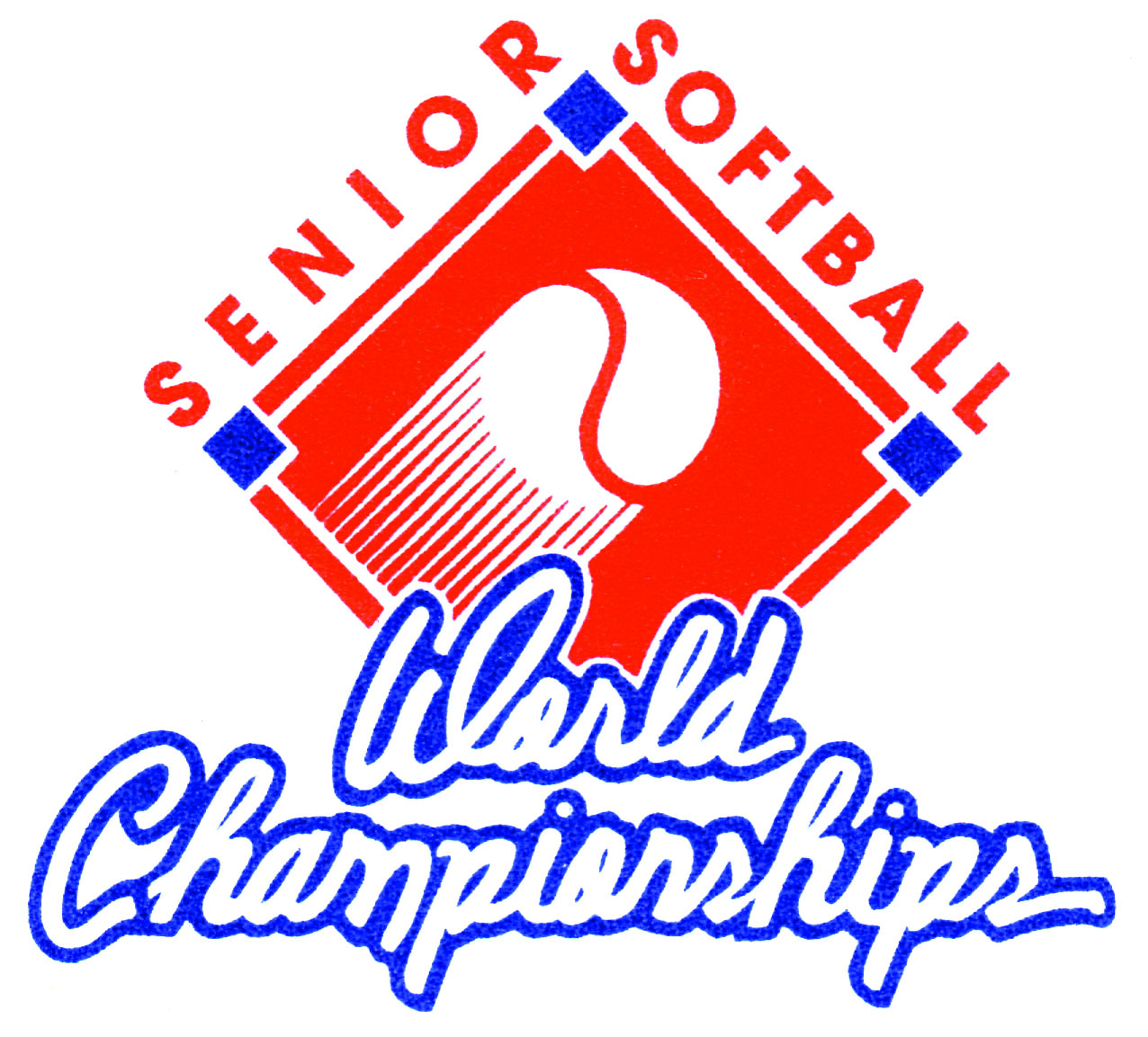 A total of 107 teams representing 28 states competed across six divisions.

Due to the pandemic that forced the relocation of the tournament, the 2020 SSWC was held in six cities in two states (St. George and Santa Clara, UT, and Kingman, Glendale, Mesa and Phoenix, AZ). Overall, 422 teams played over 1,350 games on 10 complexes.

If you missed the recaps of the previous three sessions, please click the links below:

The Men’s 50 Major and AAA Divisions began the final session on Oct. 29.

Two teams reached Championship Sunday unscathed and in the driver’s seat, as Stadium (CA) and CPD/Ancell (MN) each won their first four bracket games to advance to the final day. CPD/Ancell knocked off Stadium 22-19 to punch its ticket into the championship game.

Hitters Inc made a strong push through the elimination side of the bracket, winning four straight games, including a 21-18 win over CPD/Ancell in the championship game, forcing the decisive “if” game.

In the final game, CPD/Ancel avoided the dreaded double-dip, winning the “if” game, 24-20.

Stadium finished in third place, while Hara’s/SIS rounded out the top four teams. 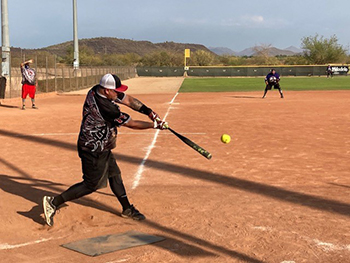 The Daytona Beach Boyz would eventually fall short of the overall Triple Grand Slam, finishing in a tie for fifth place.

Eight teams overall reached the final day of play, as the U.S. National Game participants, Daytona Beach Boyz and 805’s PE Class, along with Bad Attitude (CA), and Viejos So Cal (CA) rounded out the elimination side of the bracket.

Of the four unbeatens, KIKU Imports/MY Buddies continued their run, going 3-0 on Sunday, including a thrilling 16-15 win over Scrap Iron Mile High Hitmen in the Championship game.

Overall, KIKU Imports/MY Buddies polished off a perfect tournament, going 2-0 in seeding and 6-0 in bracket play.

Along with Daytona Beach Boyz, Arizona Old School was the other fifth place finisher.

Honorable mention goes to Viejos So Cal, who got off on the wrong foot, but was able to right the ship and get into the elite eight.

The team began the tournament going 0-2 in seeding, and then 0-2 to start off bracket play.

Facing elimination in their third game of the bracket, Viejos So Cal rattled off five straight wins, before eventually being eliminated on Sunday by 805’s PE Class.

The Men’s 50 Major Plus and AA Divisions, and Women’s 50s Divisions began play on Oct. 30. 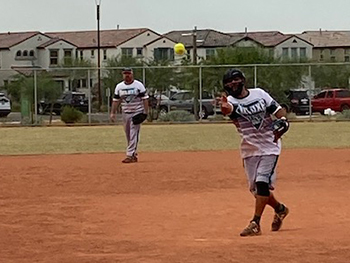 Deluxe Bakery (NJ) pitcher looking for the strikeout in the third-place game in the Men's 50 Major Plus Division.

In the eight-team Men’s 50 Major Plus Division, Suncoast/Adidas/Shades (FL) posted a perfect 4-0 record in bracket play, including a 33-17 win over Fattboyz/Prestige/Elite (CA) in the championship game. 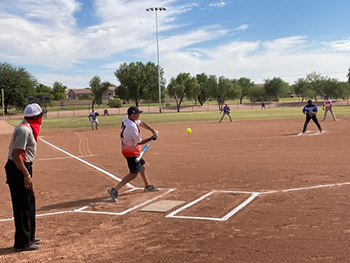 The win capped off a perfect 3-0 showing in bracket play for All-In Softball.

CLICK HERE for game-by-game scores in the Men's 50's Divisions. 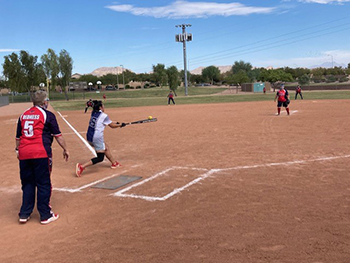 Old School (CA) batter looks to get a rally going in the championship game of the Women's 50 Major Division.

In the four-team Women’s 50 Major Division, Old School (CA) took home the eventual Triple Grand Slam by double-dipping Stix With Impact (CA) by scores of 13-8 and 16-13 in the championship and “if” games, respectively.

Stix With Impact defeated Old School earlier in the bracket, 13-7. 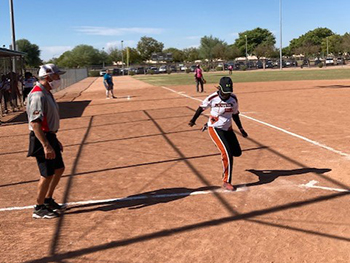