SACRAMENTO – SSUSA was recently informed of four positive cases of COVID-19 from session four of the Senior Softball World Championships.

The positive cases came from two teams - a Men’s 50 AAA team from Massachusetts and a Men's 50 Major Plus team from Florida.

Overall, there have been 29 reported positive cases across all four sessions of the 2020 SSWC, which attracted 422 teams and almost 10,000 players and family members.

Along with the recent four cases from session four, the other reported cases from the previous three sessions included:

Unfortunately, SSUSA is sad to report that one of the members of the Men’s 60 AA team from Oklahoma that had tested positive has died.

As a member of OKC RedHawks, Thigpen played in the Missouri Open, Oil City Classic and the Senior Softball World Championships.

“Charlie was a leader, a real fireball, always gave 110%, a true winner," said Mike Armstrong, manager of OKC RedHawks. "You won’t encounter people like Charlie, and his wife Lisa but few times in your life!”

Thigpen tallied a 32 year a career with the United States Postal Service, holding the title of US Postal Inspector for the majority of his career. 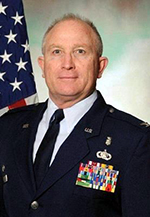