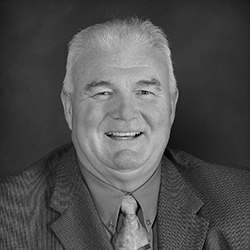 Bill Miller, one of the founders of Slo-Pitch National (SPN) in Canada, died after an extended illness in December.

Miller was the force behind a joint venture with Senior Softball USA to build the sport in North America since 2007.

“Bill had a simple vision, to create a Canadian Slo-Pitch organization that allowed the worst to be the best for a moment in time,” said Trish Harrow Rodic, who worked with Miller for 30 years and became president of Slo-Pitch National when Miller retired in 2018.

Miller started the Centennial Slo-Pitch league of Etobicoke in 1975, founded Slo-Pitch Ontario and launched the Canada-wide Slo-Pitch National in 1989.

“Bill Miller was a lively and very effective force in the development of Slow Pitch softball in North America,” said Terry Hennessy, chief executive officer of Senior Softball USA. “Billy had the vision to extend the sport he loved across borders – to him, there were no borders to the sport, or friendship.”

“Bill Miller’s dedication and passion for the sport of slo-pitch has been enjoyed across Canada by slo-pitch players young and old. He was very proud that so many people are enjoying what he helped to create. He leaves behind many dear friends and colleagues across North America who he met through his years of organizing, umpiring and playing, with endless stories and antics experienced along the way,” said Rodic.

“If you build it they will come! And they certainly did! Rest In Peace dear Billy,” she concluded.