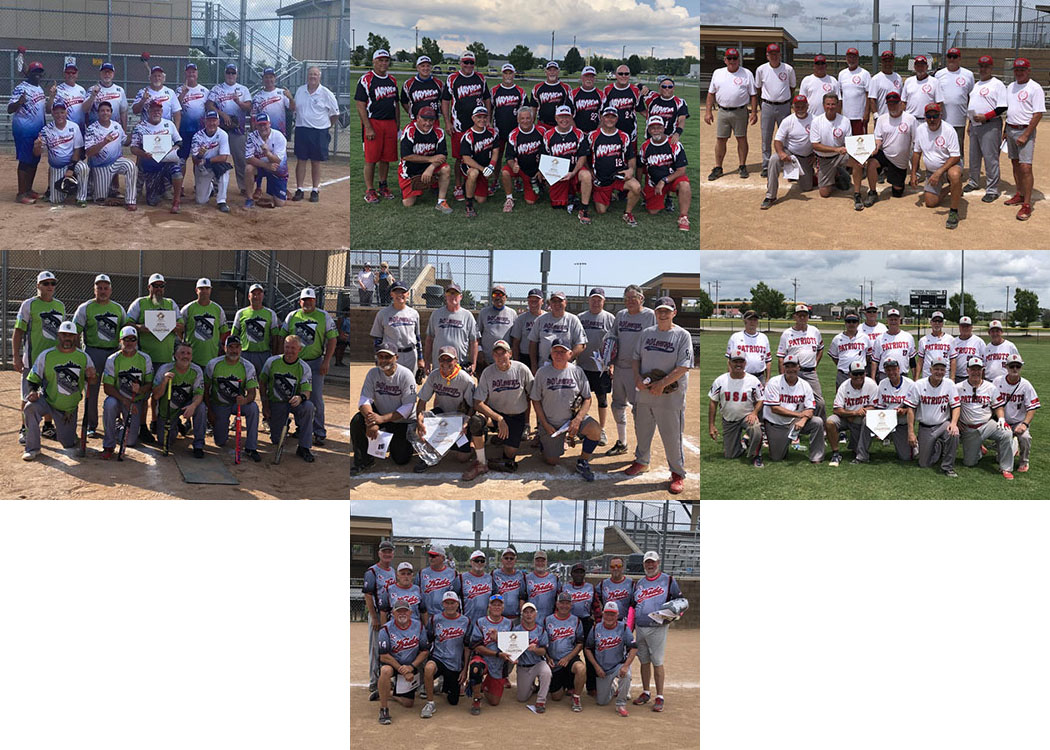 The tournament, at Rogers Regional Sports Park, began with 12 teams playing in the first session.

San Antonio Silver Streaks took the opening game, 7-5; while KC Kids came back to even things up with a 21-15 victory in game two.

In the rubber-match, KC Kids completed the comeback, winning the deciding game, 22-7.

Session two of the tournament continued with 25 teams in the Men’s 50 – 60 age divisions taking the field starting July 16.

Following rain and scheduling re-writing, champions would be crowned in four divisions.

Maher Homes Nebraska Elite won back-to-back games in the elimination side of the bracket to finish in third place.

The top two seeds in bracket, KC Monarchs 55 Plus edged out KC Elite 50, 8-7, in the winner’s bracket final to reach the championship game.

In the six-team Men’s 60 Silver Division, Big Daddy’s Donuts (MO) went 3-0 in bracket play, including a 22-10 win over Texas Thunder in the championship game.

Omaha Silver Bullets finished in third place after claiming three wins in a row in the elimination side of the bracket.