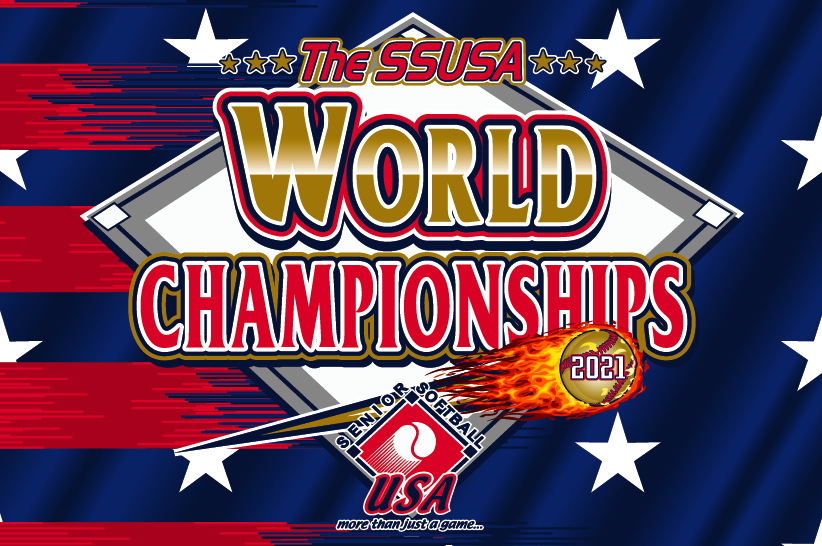 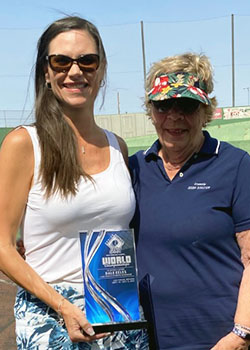 With the state of Nevada virtually shutdown in 2020 due to the pandemic, the World Championships last year were split between Utah (St. George/Santa Clara) and Arizona (Kingman / Phoenix / Glendale / Mesa).

With teams chomping at the bit to return to the mecca of Senior Softball for the marquee event of the season, the opening session of the tournament featured 185 teams, representing 33 states, with 602 games scheduled to be played across eight divisions.

Session one of the Worlds featured seven U.S. National Championship Games, pitting the best from the West against the beasts from the East. The Eastern teams edged out a slim 4-3 advantage over their counterparts from the West.

Additionally, a Hall of Fame ceremony was held on the opening day of the tournament, as Paul Salow, of Cathedral City, Calif., was officially inducted into the National Senior Softball Hall of Fame (NSSHOF). Salow was part of the NSSHOF Class of 2020. Salow played in the Men's 60 Major Plus Division as a member of LPC/Dudley (CA). 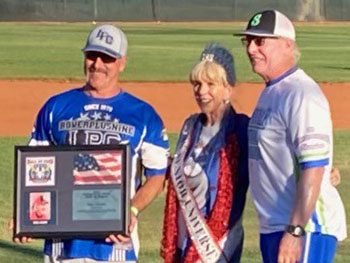 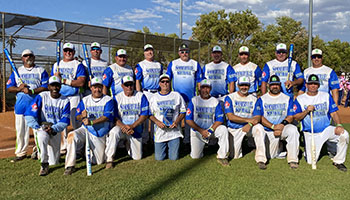 The win gave BPA the No. 1 seed in the bracket, while Sommerville took the No. 2 seed as the runner-up.

Shaking off the loss of the U.S. National Championship, Sommerville Softball registered a perfect 4-0 record in bracket play, including a 39-30 win over Kelleher Firm/LeMay/Blue Mountain (FL) in the championship game.

Falling short of the Triple Grand Slam, BPA finished in a tie for fifth place, along with Ohio Elite/R Sports/AMR. 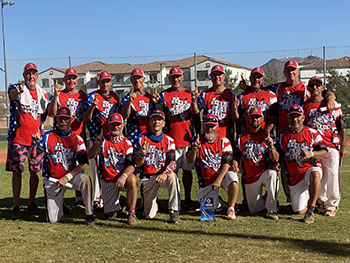 Dugout/Mid-Atlantic/Dudley would fall short of the Triple Grand Slam, as the team was eliminated on Saturday evening.

Eight teams would go on to advance to play on Championship Sunday, with 55 OH MY (CA) and Rock N Legends 9 (TX) in the driver’s seat with unbeaten records.

In the end, Rock N Legends 9 completed an undefeated tournament, going 2-0 in seeding play (entering bracket play as the No. 6 seed), and 6-0 in bracket play, including a 31-20 win over Bad Seed (CA) in the championship game.

Bad Seed got off on the wrong foot, going 0-2 in seeding play to enter the bracket as the No. 27 seed. The team also dropped its opening bracket game, 23-17, against No. 4 seed Aurora Tap House (IL).

Looking to run the gauntlet, Bad Seed did just that, rattling off an incredible eight straight games in the elimination side of the bracket, before running out of gas in the championship game.

After winning their first four bracket games, 55 OH MY went 0-2 on Sunday to eventually finish in third place.

Similar to Bad Seed, Texas Bulls also made a valiant run through the elimination side of the bracket, winning six straight games en route to their eventual fourth place finish. 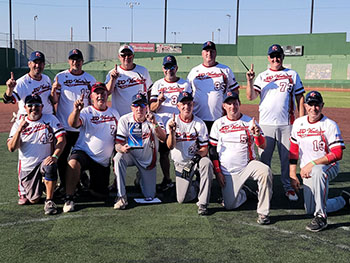 N.E. Merchants fell short of the Triple Grand Slam, as the team finished in tie for fifth place, along with Top Gun Phantoms (CA).

Bracket play for the division was split into two 23-team pods – American Pod and National Pod.

In the end, KC Vintage polished off a flawless tournament, as the team went 2-0 in seeding and 6-0 in bracket play, including a thrilling 19-18 win over Carolina Legends in the championship game. 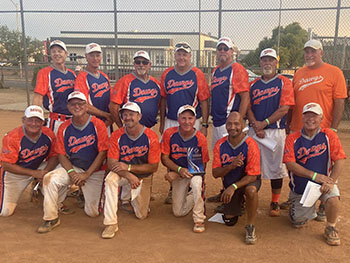 Longshoremen would come up just short of completing the Triple Grand Slam, as the team dropped the “if” game, 39-28, against Salty Old Dogs (TX).

After falling to Salty Old Dogs in the winner’s bracket final, 21-10; Longshoremen edged out Canyon West (AZ), 20-19, in the third-place game, and then knocked off Salty Old Dogs, 20-15, in the championship game, forcing the decisive “if” game. 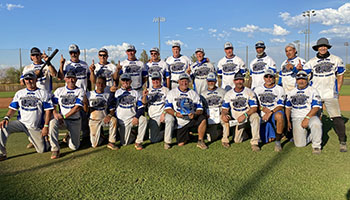 In the five-team Men’s 60 Major Plus Division, Legacy Sports USA (AZ) took home the U.S. National Championship via its 28-21 victory over Omega IT Services, LLC (VA).

Legacy Sports USA’s quest for a Triple Grand Slam would be derailed by LPC/Dudley (CA).

After falling to Legacy Sports USA, 18-9, in the winner’s bracket final, LPC/Dudley rebounded with a 33-19 win over Minnesota Merchants (MN) in the third-place game. The team then double-dipped Legacy Sports USA, winning both the championship (20-18) and “if” (32-29) games.

For LPC/Dudley, this marks the team's fifth straight World Championship title, winning the touranment every year since aging up to the 60s division in 2017. The team also won the Worlds in 2016 in the 55 Major Plus Division, giving the team six straight overall World titles. 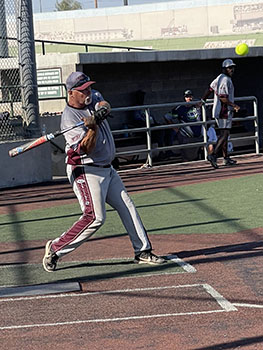 The Western National Champs would go on to complete the full task, going 5-0 in bracket play, including a thrilling 32-31 win over AMR/Salsa Bombers (MI) in the championship game.

AMR/Salsa Bombers went 5-2 in bracket play, with both losses coming at the hands of the Vandals.

After dropping their first two games in the bracket, Levin/Ameriprise rattled off five straight wins to round out the top four finishers. 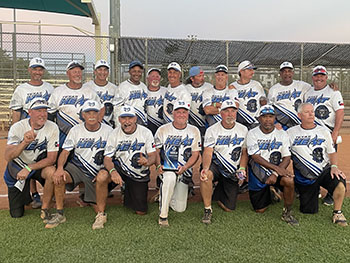 Yeahoos would get eliminated on Saturday afternoon, as the team was unable to complete the Triple Grand Slam.

Bracket play for the division was split into two 20-team pods – American and National.

The division would eventually come down to the “if” game, as Texas Heat avoided the dreaded double-dip, taking the decisive game, 25-9, over Scrap Iron Xplosion.

Scrap Iron Xplosion had defeated Texas Heat, 11-8, in the championship game to force the “if”.

Tying for fifth place were Texas Legends and Hitmen/Arizona. 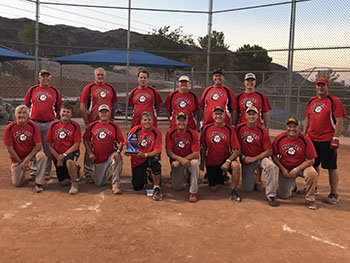 OKC RedHawks defeated Antiques of Iowa City 16-13 in the winner’s bracket final to punch its ticket to the championship game.

Antiques of Iowa City defeated Lights Out (CA) 37-19 in the third place game to secure its spot in the championship game.