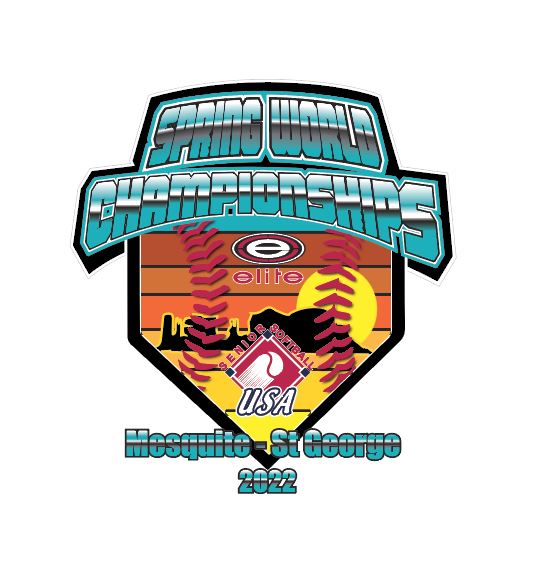 Eighteen teams battled their way to first-place awards at the Spring World Championships played in Nevada and Utah from March 18 to 27.

Six winning teams hailed from California, five from Nevada, and three from Colorado.

In addition, one team each from Utah, Arizona, Washington and Oregon won championships in the 129-team event, which featured more than 400 games scheduled across nine days of play.

“The 2022 Spring Worlds were a great kick-off for the calendar year 2022 season,” Tournament Director Dave Dowell said. “Mesquite and St. George offer some of the best fields in the west, befitting the level of play this year.

“Every view from the Canyons Complex is like a Chamber of Commerce post card, with the Little Valley and Bloomington sites right behind. We are already looking forward to and planning next year's return to the St. George region in an expanded tourney presence for 2023.”

Four 60+ divisions kicked off the Spring Worlds at two ballparks in Mesquite, Nev., on March 18.

Express of California completed an undefeated run through the 11-team 60+ Major bracket with a 18-1 title game victory over the Sidewinders of Arizona. Peak/Scrap Iron placed third in that division.

In the 13-team 60+ AAA division, the Northwest Yeahoos won all their pool and bracket games and capped their tournament run with an 18-2 championship game victory over Los Vatos Veijos of Arizona. Los Vatos edged third-place Scrap Iron Heavy Metal 21-20 to reach the title game. 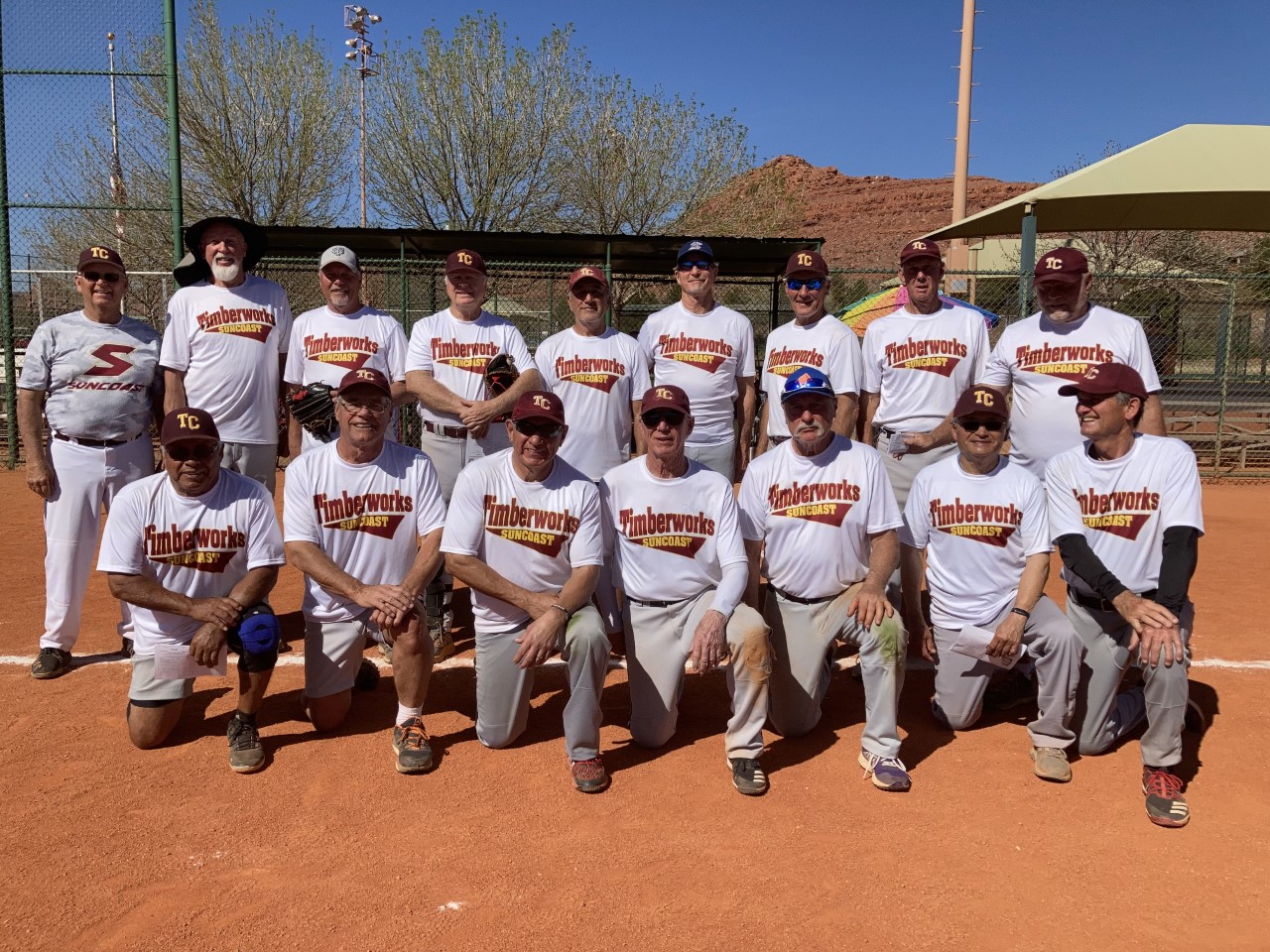 In the 70+ Major division, Las Vegas Heat double-dipped the top-seeded Sidewinders of Arizona 20-9 and 22-18 to win the crown after having lost to the same team in pool play. R&R of California took third in the four-team bracket.

In the 12-team 70+ AAA division, No Guts/No Glory of California (photo below) finished an undefeated tournament with a 17-15 title game thriller against Nevada’s Last Call. Ryan’s Way of Utah won five elimination games before finishing third. 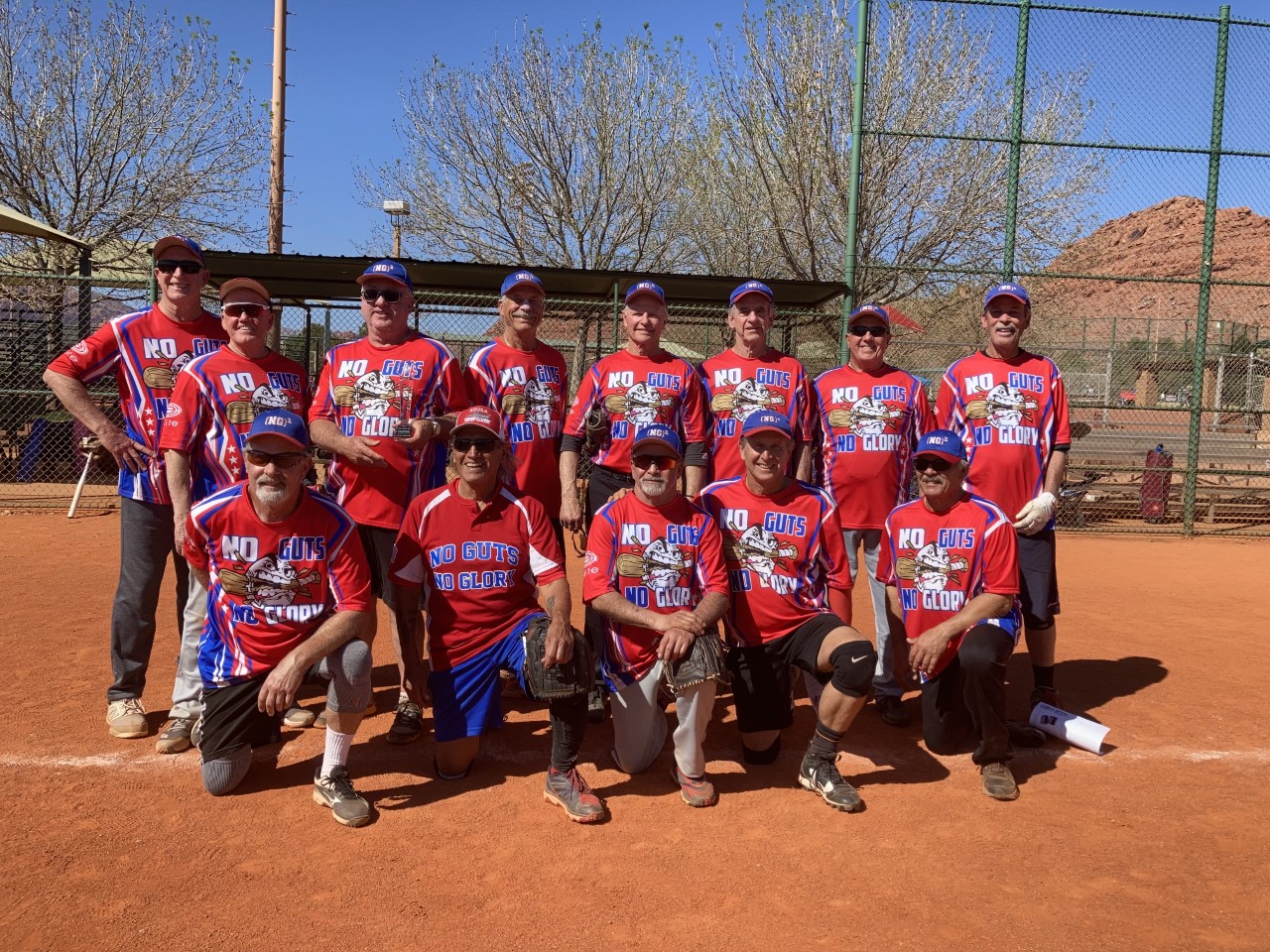 The four-team 75+ Platinum division ended with a 17-16 championship game nailbiter won by OMEN of California over the Sidewinders of Arizona. That win avenged OMEN’s only tournament loss, which happened in pool play. SoCal Gusto took third.

Seven teams played a round-robin format to determine the 75+ AAA crown. Scrap Iron Diamonds of Colorado earned first place with a 5-1 record, including a 20-12 victory over the second-place St. George Gold, which also went 5-1. Last Call of Nevada nabbed third with a 4-1 record.

The tournament’s third session also took place in St. George. It featured the 40+ women’s teams and the men’s 50+ and 55+ teams.

The Utah Relics won the women’s 40+ Major division 16-11 and 7-0 in a best-of-three format against Custom Truck of Nevada.

The four-team women’s 40+ AAA division ended with a one-run title game won by Freak Show (photo below) of Nevada, 13-12, over Still Got It of Utah. Third place went to Vintage 208. 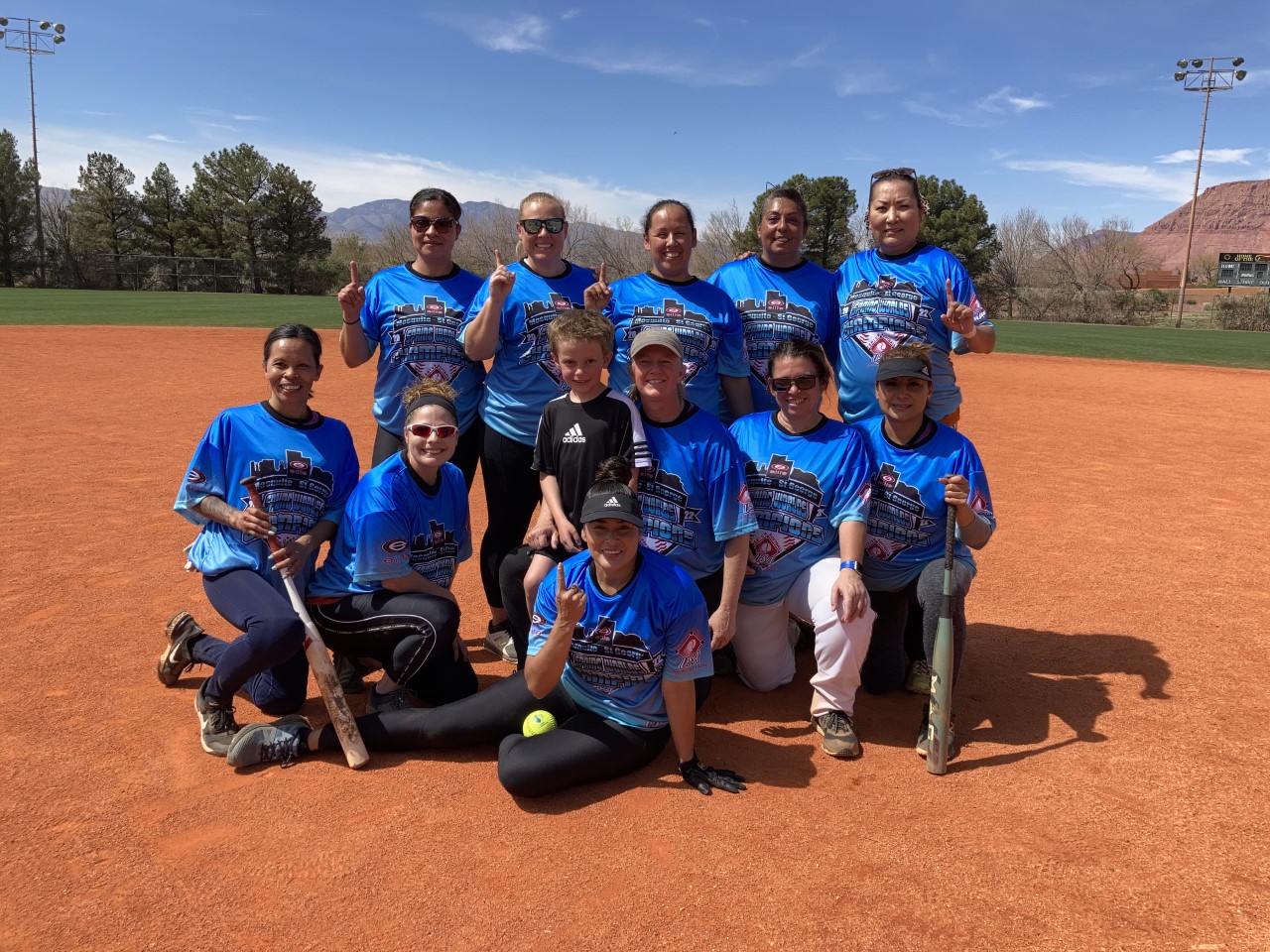 Twelve teams competed in the men’s 50+ AAA division won by Damage, a Nevada team that raced through the bracket unbeaten. Damage beat Rock Solid 20-13 for the championship. Team SMS of Nevada took third.

Another Nevada team, PX 40/40, won the eight-team 55+ Platinum division by beating West Coast Water, also of Nevada, 26-11. PX 40/40 lost one pool game before winning every one of its bracket games by at least five runs. Top-seeded L.A.F. of California placed third.

In a division that highlighted the importance of winning close games, the Bootleggers of Colorado (photo below) lost both of their 55+ Silver division pool games before winning their first two bracket games by one run each, 19-18 and 24-23. Two victories later – including a narrow 19-17 title game win – earned them the championship. The Six-Five-Os of California placed second in the six-team bracket. Wilson Motors of Idaho took third. 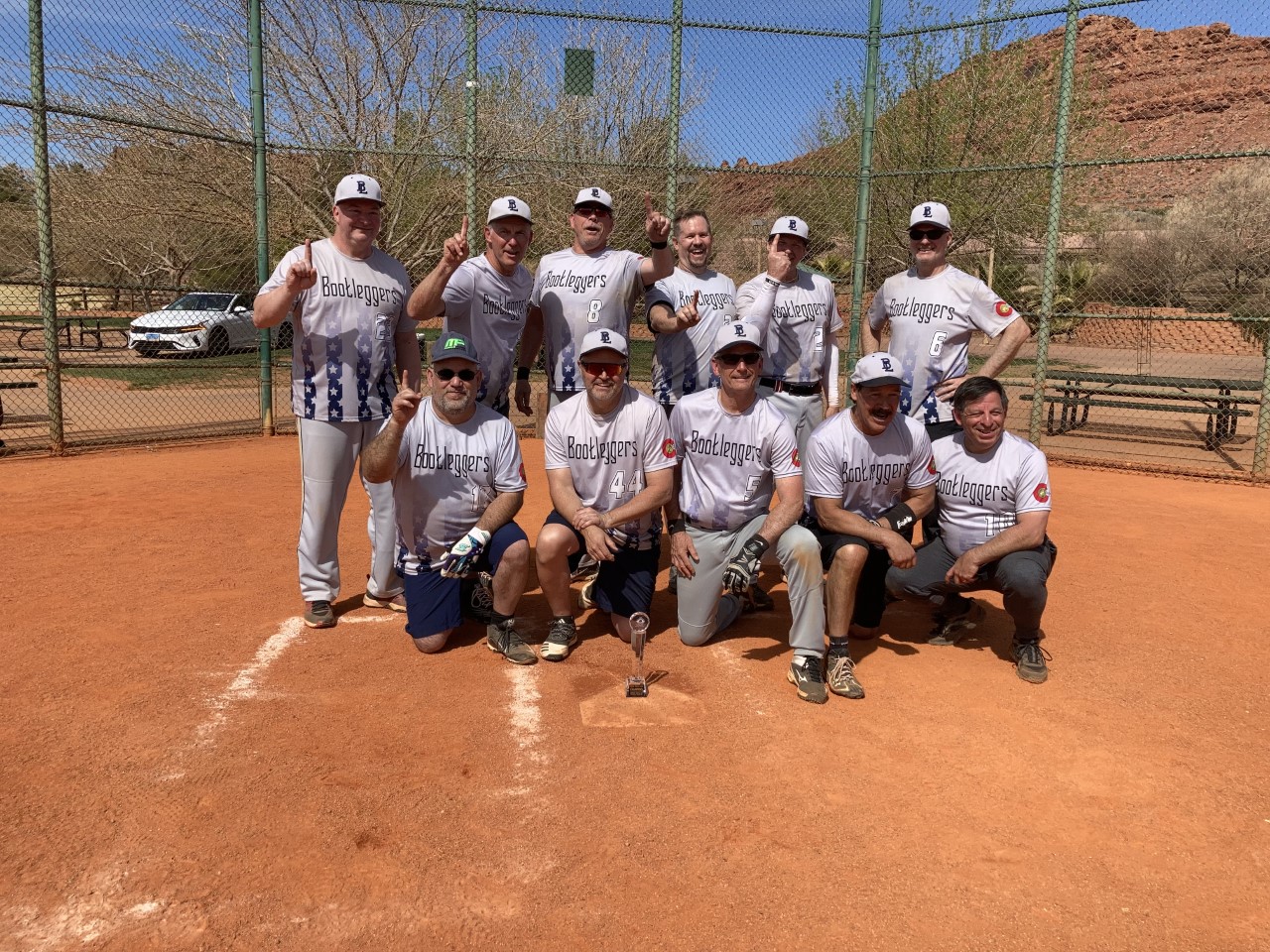