A 40+ AAA women’s team playing in its first Senior Softball USA tournament nabbed one of 10 championship trophies awarded during the Spring National Championships in Polk County, Florida, in March.

But the title didn’t come easy for newcomer Just Sayin’ of Kentucky (photo below), one of 38 teams that competed in the March 18-20 event at Loyce Harpe and Walker Road softball complexes. 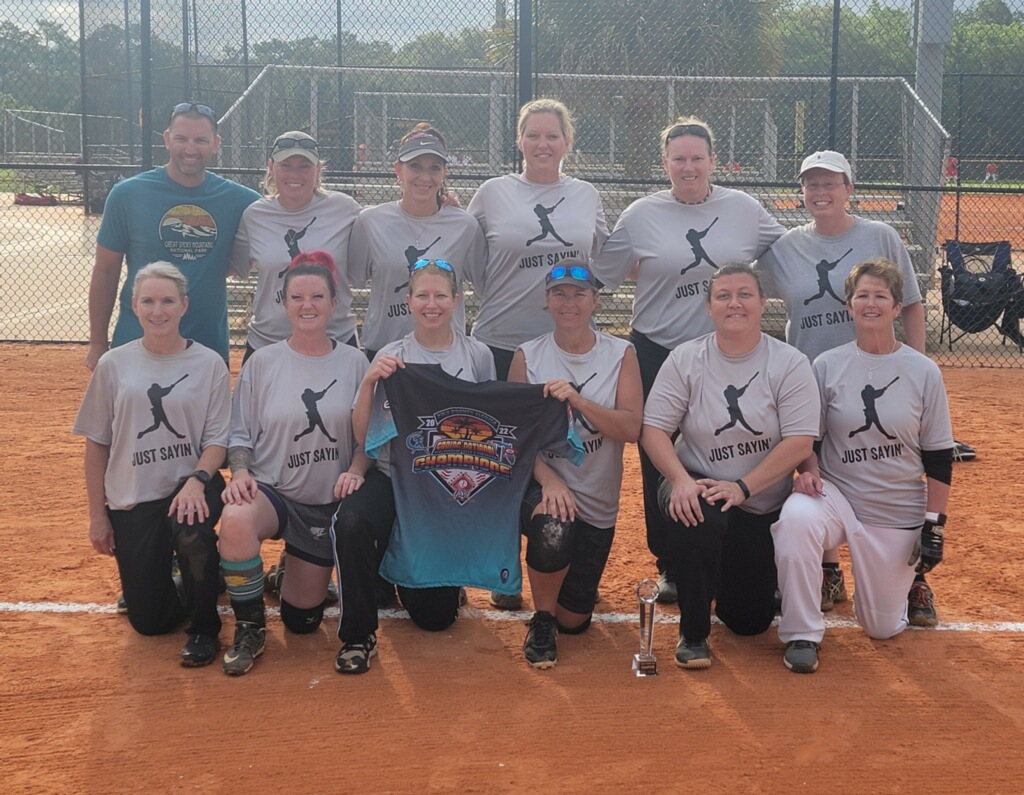 TM Force of Florida throttled Just Sayin’ 15-2 in the first game of a two-out-of-three bracket. In the next game, Just Sayin’ flipped the script for a 11-6 victory. That set up a winner-take-all final that Just Sayin’ won 15-7. 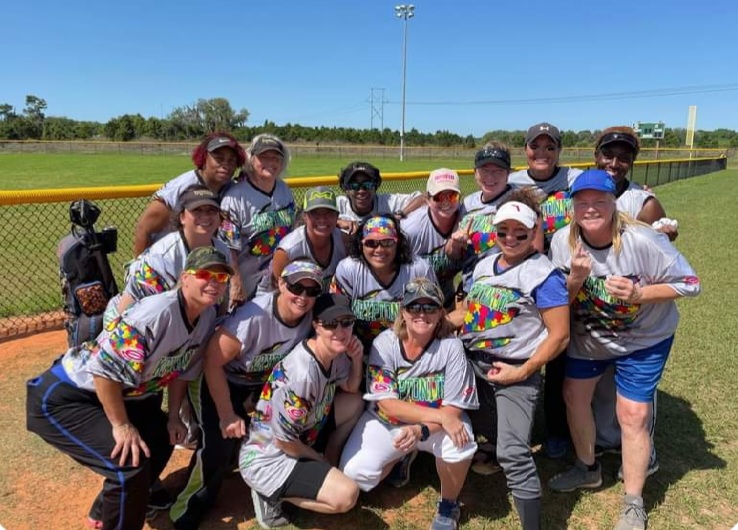 Wiley/Maxbatz outclassed the opposition in the 50+ Major division, winning its games by an average score of 23-14. Wiley capped its strong tournament with a 23-8 title victory over 50 Kal/Reliant Underground. Avalon Insurance placed third. All three teams were from Florida.

Suncoast/Adidas of Florida also compiled an undefeated weekend. Suncoast beat Fencebrokers of Florida 20-5 and 35-21 in a best-of-three bracket in the 55+ Major Plus division.

A Georgia team, Klutch, (photo below) won the six-team 55/60+ Gold division but needed two championship games to secure the crown. The top-seeded Top Dawgs of Florida pushed Klutch to the brink by winning the first title game 20-16. But Klutch roared back to capture the second game 22-13. RBC of Florida placed third. 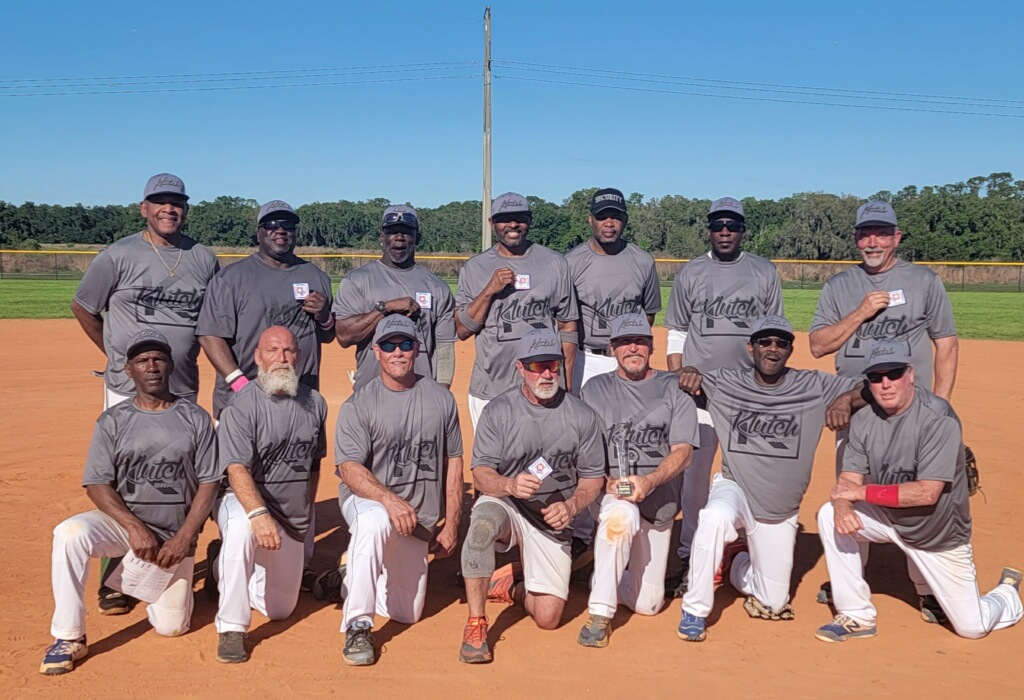 In the four-team 60/65+ Gold division, Via Citrus 65 defeated Winter Haven Knights 22-12 in the championship game. The Sunshine Sluggers took third. All three are Florida teams.

The Florida Mustangs (photo below) defeated RedHawk Nation of Florida 15-2 and 16-7 to win the two-team 65+ AAA division. 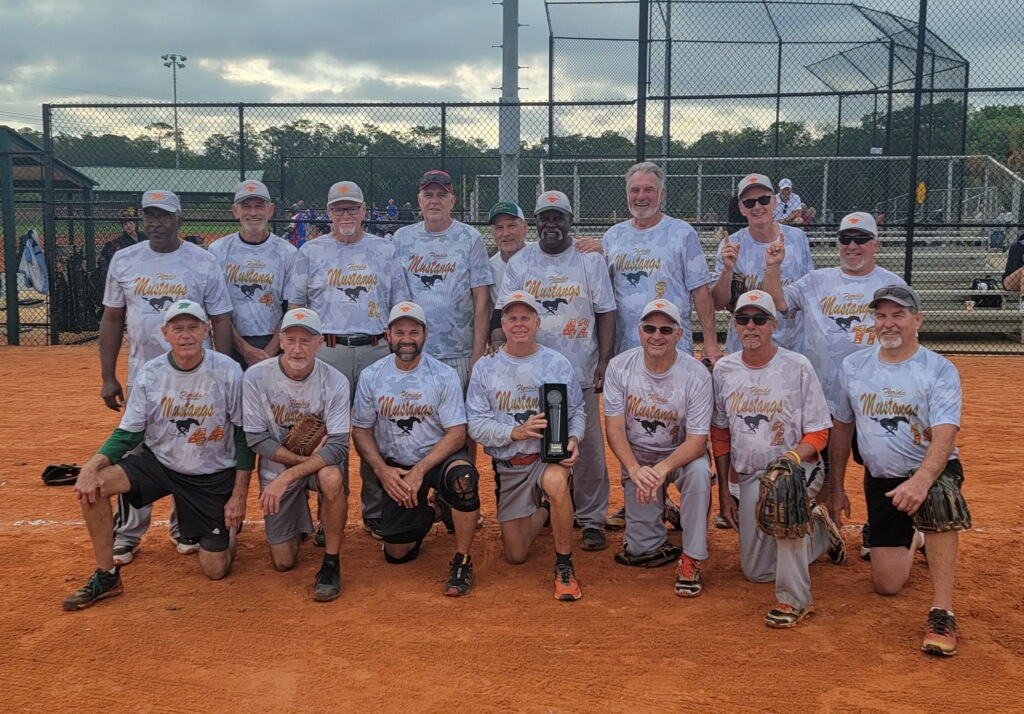