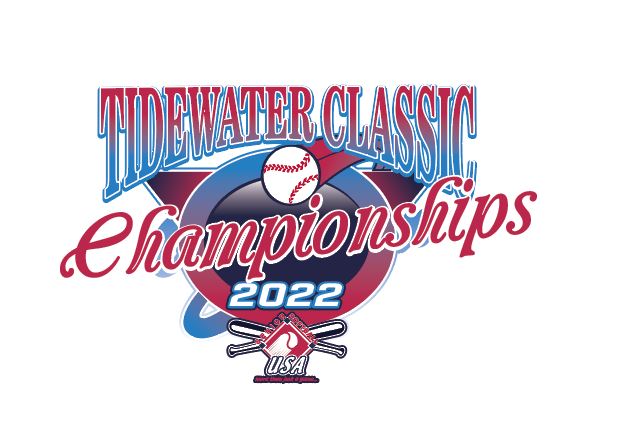 Some of the closest competition occurred in the 40+ divisions, where 12 games were decided by one run.

“The Mid-Atlantic 40s division looks like it will be strong this year with a handful of new teams and a number of players moving from one team to another during the off-season,” Tournament Director Tim McElroy said.

Session 1 featured the 65+ and 70+ teams. Unfortunately, Mother Nature dampened the second day of play, which meant titles had to be decided based on bracket games finished before the rains arrived.

In the three-team 65+ Major division, Talaga Construction of Connecticut went 4-0 overall and won the title with a 12-10 victory in its only bracket game. Promotion of New Jersey took second. High Street Bucs of Maryland finished third.

Session 2 featured 42 teams in nine divisions, with teams enduring stiff winds and cool temperatures on the first day of competition.

Smokin Aces of Virginia (photo below) won the six-team 40+ AAA division with a 18-17 championship thriller over Past Our Prime of Virginia. Black Kings of Maryland placed third.

Old Skool/GTS Sports of Pennsylvania lost its first bracket game in the five-team 50+ AAA division but fought its way back to the title game, where it faced Oessco/Abacus Accounting of Virginia. Old Skool double-dipped Oessco 24-15 and 17-11 to earn the title. Born Free Softball of North Carolina placed third. 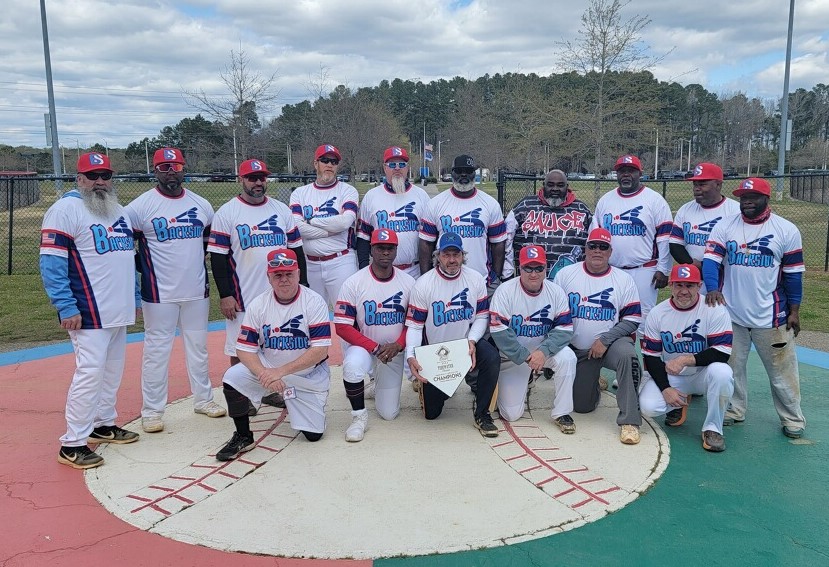 Top-seeded .50 Core/Mid-Atlantic of Virginia (photo below) won the four-team 55+ Major division by defeating the Carolina Legends of North Carolina 24-23 in the title game. MFP Thunder of New York took third. 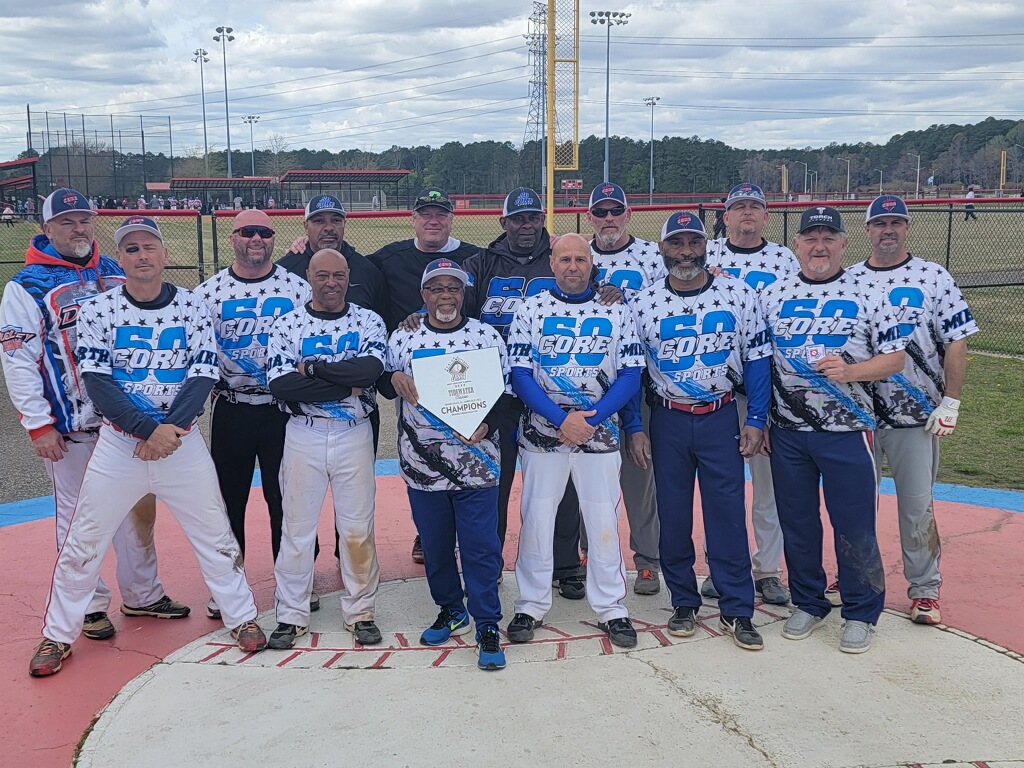 The two 50+AAA teams, both from Maryland, played a best-of-three format decided by just three total runs. The N.E. Merchants prevailed over BAF/GOATS 20-18 and 15-14.

The Bank from Delaware (photo below) won the three-team 60+ Major division with a 26-29 victory over the second-place Carolina As of North Carolina. Hamel Builders of Maryland placed third. 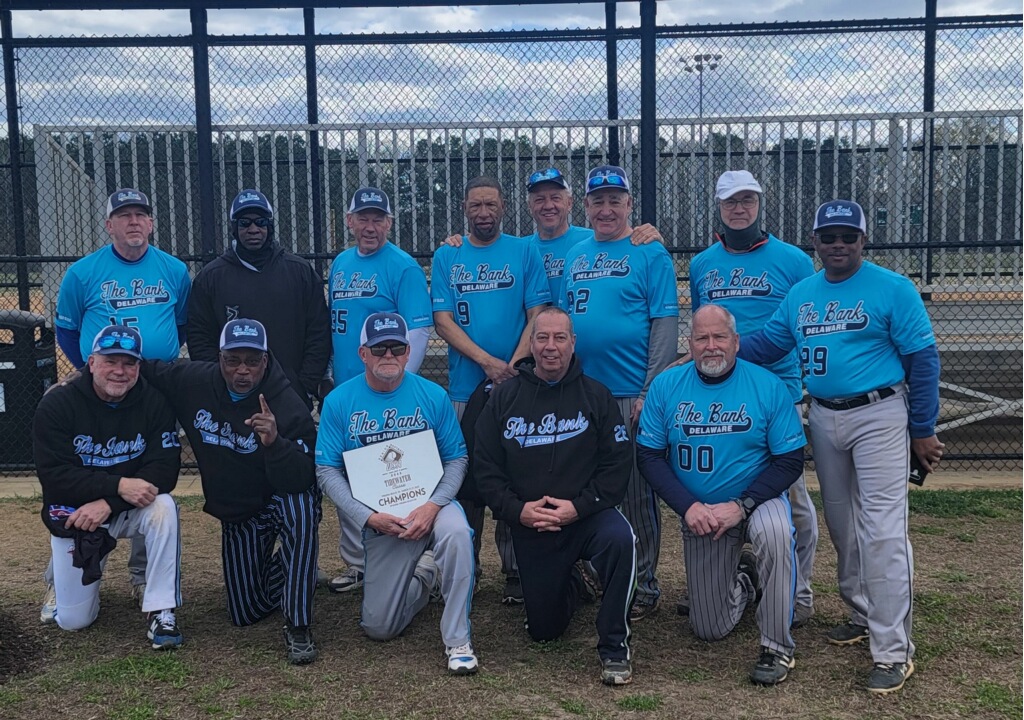 Seven teams competed in the 60+ AAA division won by the High Street Bucs, who completed an unbeaten run through the bracket with a 14-13 championship victory over Nova Force of Virginia. Third place went to the Hudson Valley Cyclones of New York.