Four out of every five teams that entered the April 26 through May 1 event hailed from the Lone Star State. And though Texans won most of the divisions, teams from Iowa, Tennessee, Colorado and Missouri also claimed championships.

Rock N Legends of Texas swept Vivid/Easton/MadCap in a best-of-three format 21-20 and 7-0 to win the 50/55+ Major Plus championship.

GeoCrete/Power House of Texas (photo below) finished a 6-0 tournament run by defeating the Originals of Texas 18-11 in the title game of the three-team 50+ Major division. The Texas Mavericks took third. 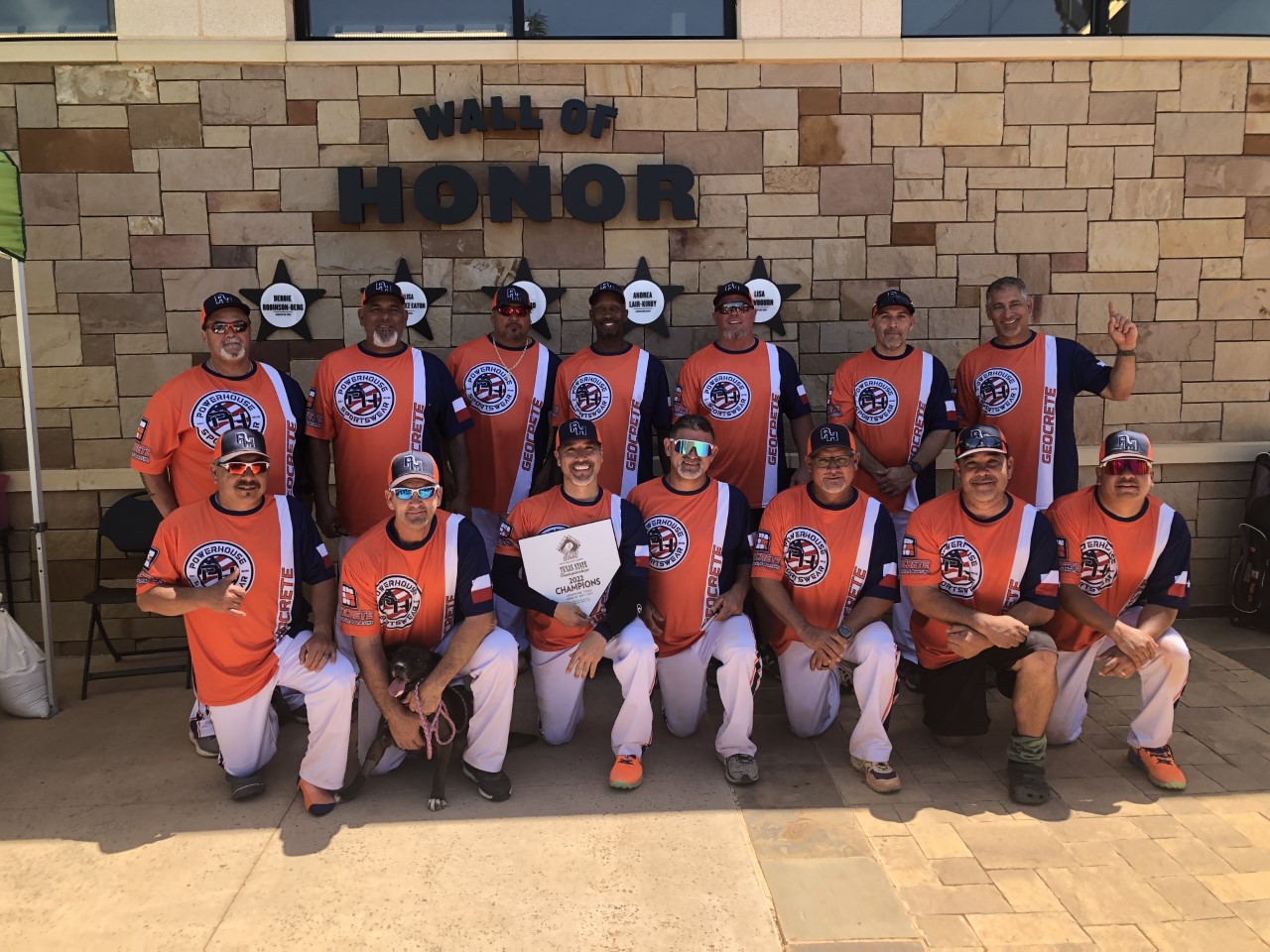 Texas Crush 60s (photo below), the elder statesmen in the 55/60+ Platinum division, edged Escobar Body Shop of Texas 23-22 to win that five-team bracket without a loss. Escobar finished as the top 55+ team. ManCave of Texas finished third. 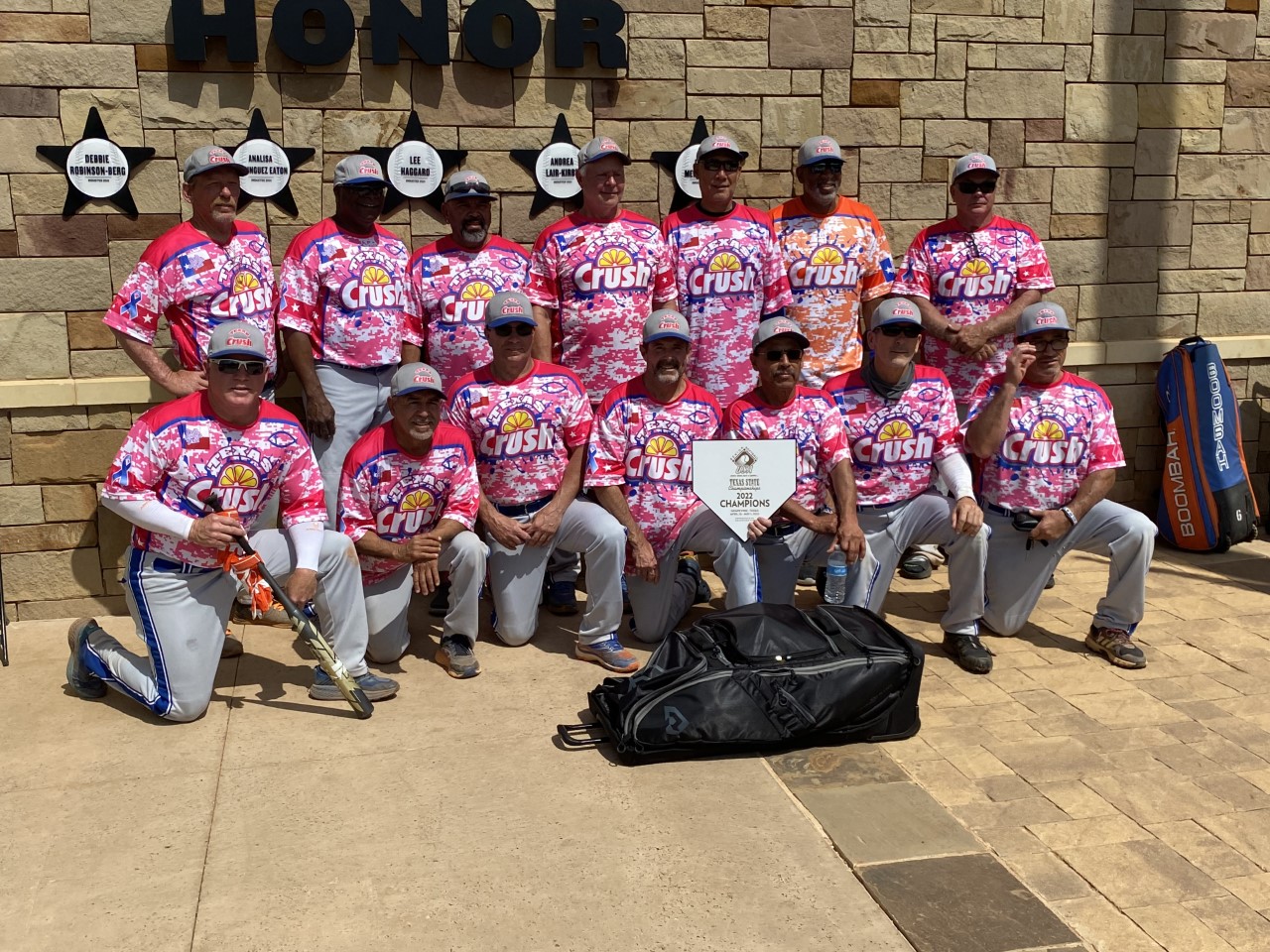 In the 10-team 55/60+ Gold division, Texas Rush 55 (photo below)did not lose a bracket game and beat ETX 55s 20-15 in the championship. The Texas Bulldogs finished third. 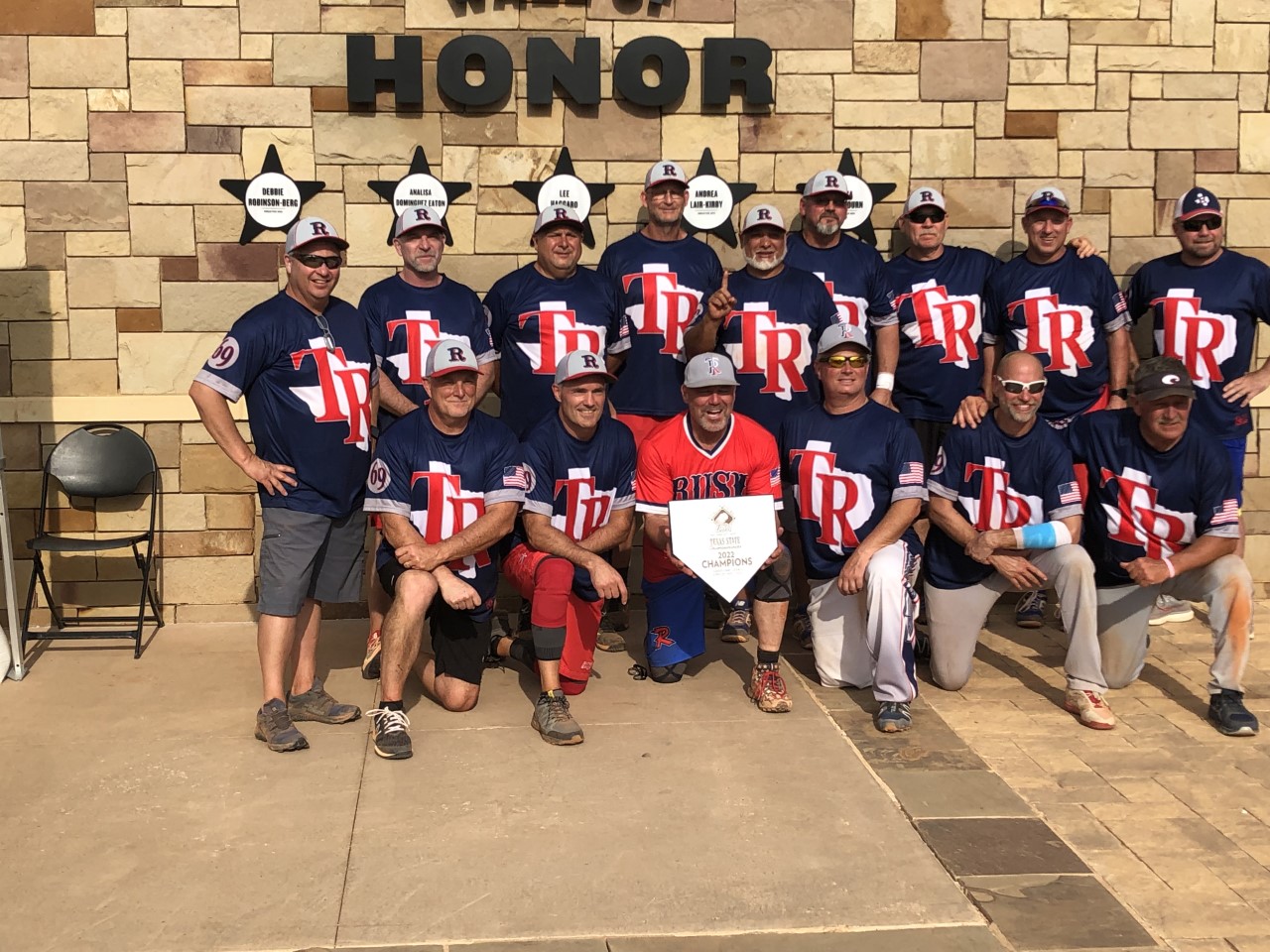 A Colorado team, Club Tilt/Haus (photo below), reigned supreme in the three-team 60+ AA division. It edged the Austin Wizards 16-15 in the title game. The Scrap Iron Rockies finished third. 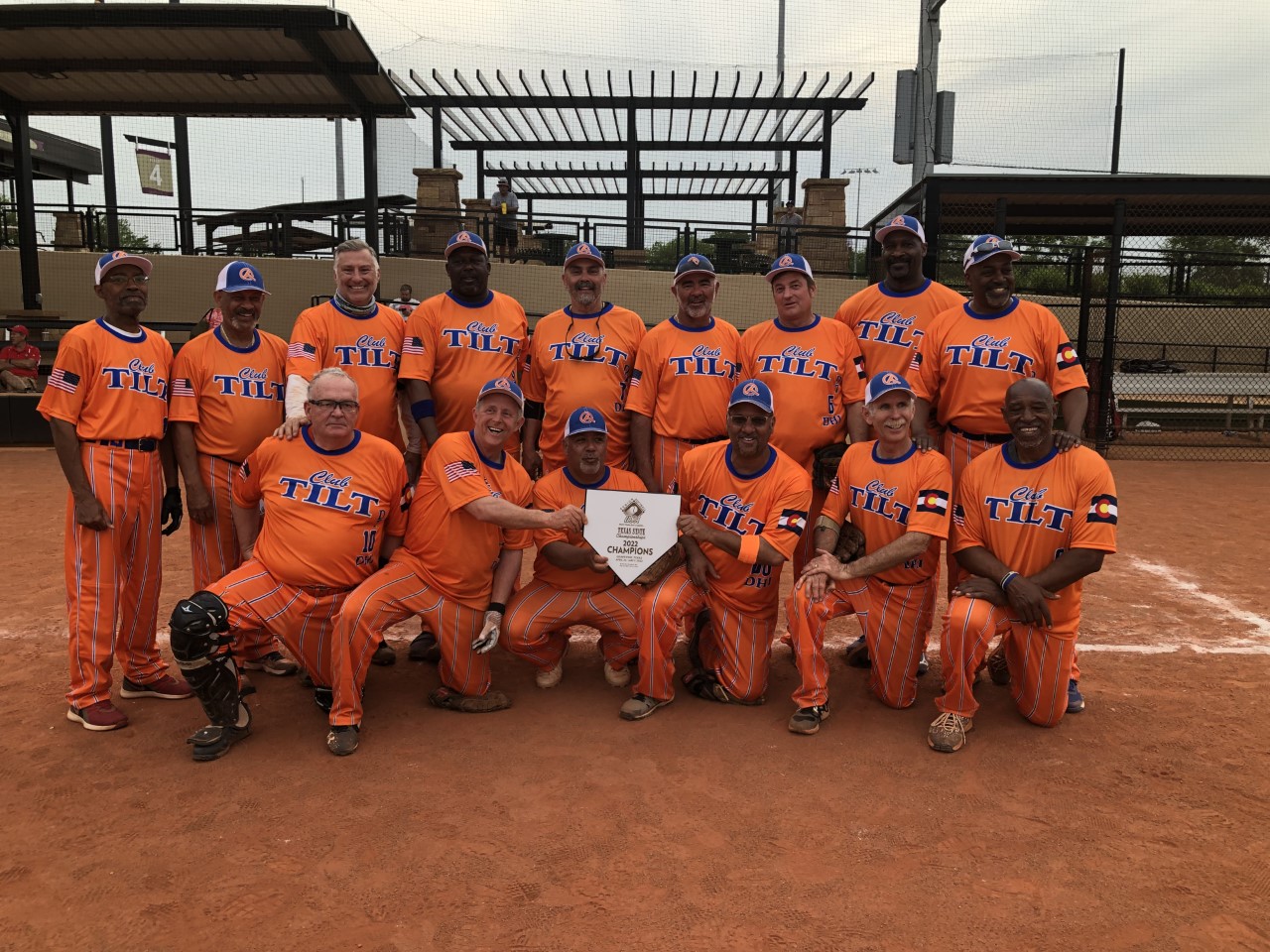 The best-of-three 65+ Major bracket went the distance, with the KC Kids 65s of Missouri rebounding from a first-game 15-14 loss to win the title. The Kids beat Mayhem of Oklahoma 20-10 and 22-17 in the second and third games.

Three teams battled for the 70+ Major crown, with The Grind.com of Tennessee defeating the KC Kids 70s 23-8 for the title. The San Antonio Silver Streaks finished third.