Though a wet forecast prompted some teams to withdraw before play began, the 60 teams that participated in the Atlantic Coast Championships enjoyed mostly fine conditions in Raleigh, N.C., in mid-May. 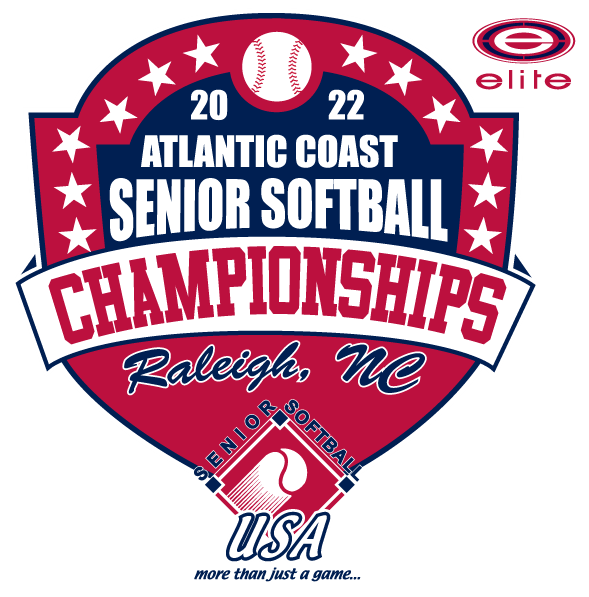 “The rain stayed away for the most part and the staff at Walnut Creek easily handled a Saturday afternoon downpour,” said Tim McElroy, the tournament director.

Fifteen teams earned berths for the 2023 Tournament of Champions by capturing titles during the May 10-15 event. 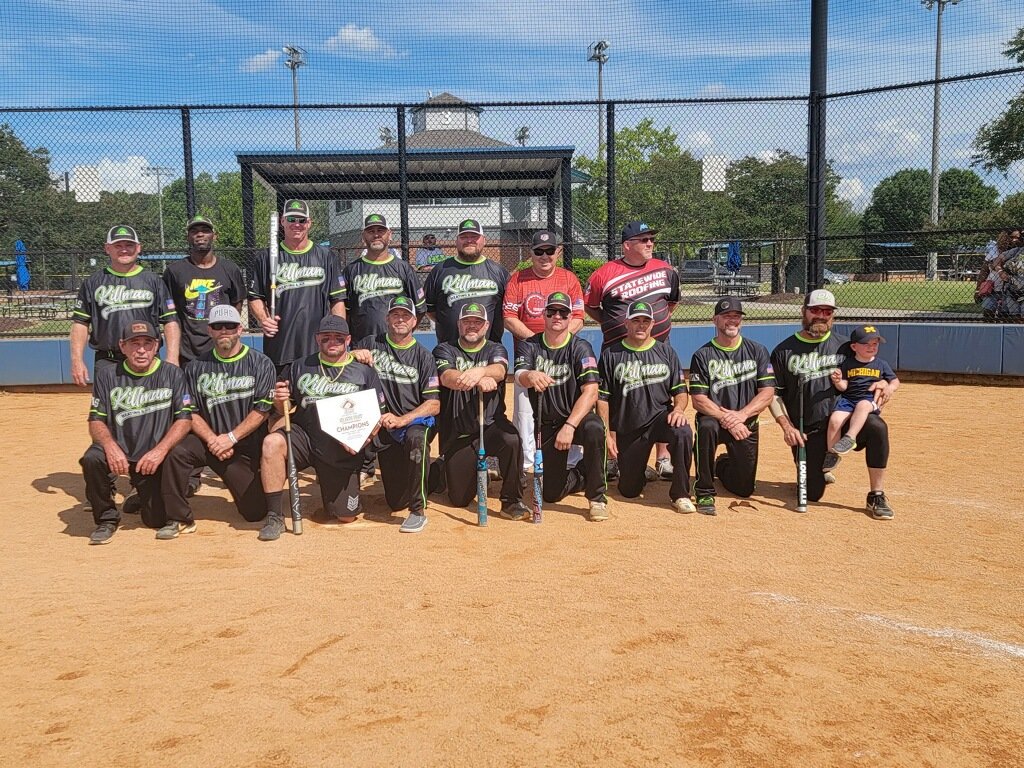 Three teams participated in the 40+ AAA division won by WarPath of Maryland (photo below), which defeated Smokin’ Aces/American Legion Post No. 327 of Virginia 15-10 in the title game. Autism Pride of Maryland took third. 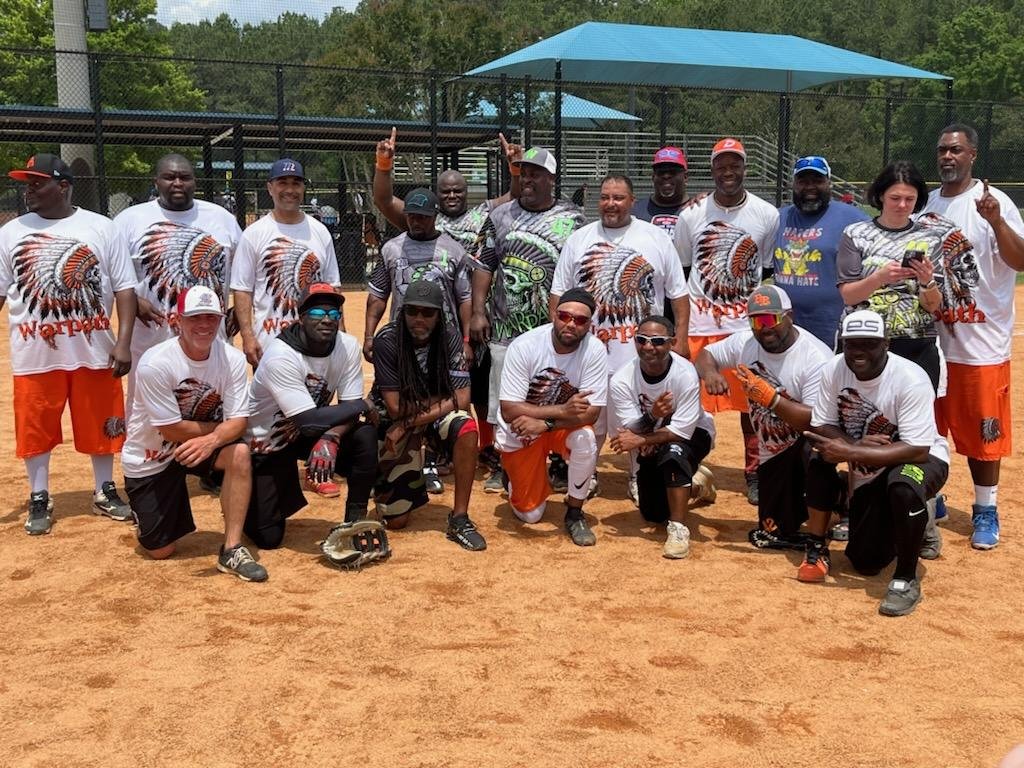 Two Virginia teams, BACKSIDE and Longshoremen, played a high-scoring, three-game thriller to decide the 50+/55+ AA winner. BACKSIDE, the 50+ team, won the first game 26-25 but lost the second 27-21 before earning a 21-14 victory in the finale.

In the four-team 55+ AAA bracket, the Northeast Merchants of Maryland (photo below) capped a 6-0 tournament run with a 18-14 championship victory over Infoquest.com of Pennsylvania. The Holy City Hitmen of South Carolina finished third.

Two teams earned TOC berths in the 50+ Platinum bracket when the 50+ Major Plus Florida team of Suncoast/Shades captured first place with a 24-13 victory over Ground Thunder/Triage of North Carolina. Ground Thunder earned the 50+ Major TOC berth. Covello Sanitation of Connecticut finished third in the three-team division.

Dan Smith/Dudley of Georgia won the three-team 55+/60+ Platinum bracket by defeating the Carolina Legends of North Carolina 18-3 in the title game. Next Level of Georgia took third.

In a nod to the closeness of the competition, no team finished pool play unbeaten in the four-team 60+ Major division. In addition, it took two championship games to decide the winner. The Bank of Delaware lost the first title game 10-9 before exploding to a 27-19 victory over Classics/Rheem of Virginia. Olympian Athletics of Pennsylvania finished third.

Bassa/Old Skool of Virginia (photo below) never lost enroute to winning the four-team 65+/70+ Gold division. It defeated Spring Ford of Pennsylvania 20-16 in the championship. Both are 65+ AAA teams. The High Street Bucs 70+ Major team from Maryland finished third. 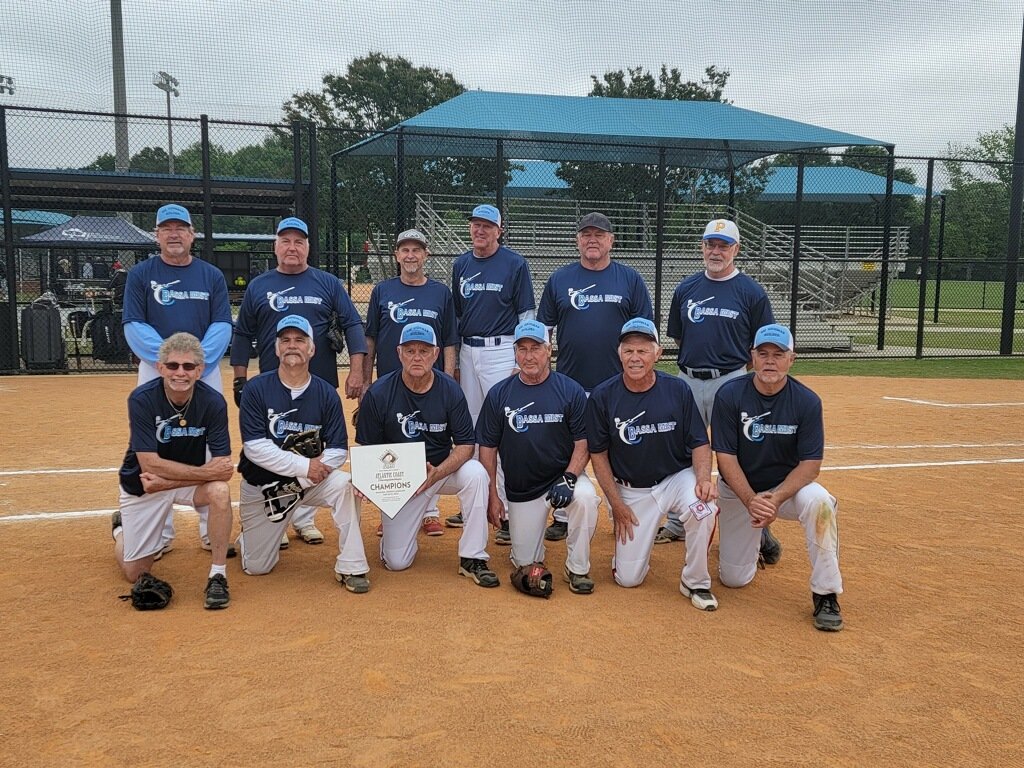 The Northern Virginia Force 70s won the four-team 70+/75+ Gold division in a finale that pitted the first and second seeds, both of which are 70+ AAA teams. Northern Virginia, the top seed, notched a 23-14 victory over Scrap Iron 5280 in the title game. Spicer Properties of Maryland, a 75+ Major team, took third.