Only three of 77 teams that entered the 2022 Jim Sherman Memorial Northwest Championships this July pulled off an undefeated run through pool and bracket play.

CornerStone out of Oregon won six games without a loss in the 60+ Major division.

The Northwest Yeahoos of Washington pulled off the same feat in the 60+ AAA division.

And Cascade Thunder of Oregon compiled a 5-0 mark to win the 65+ AA division.

All other teams lost at least one game during the tournament.

Except for two days when temperatures climbed into the 90s, teams enjoyed nice weather during the July 12-17 event played at two parks in the Salem, Oregon, area.

Though doubling hotel prices kept some teams away, the tournament still grew by three teams from the previous record year of 74 entrants in 2021.

“We hope to get more reasonable prices from the hotels next year,” Pryor said.

The first session featured teams in the 65+ and older age brackets.

In the four-team 65+ AAA men’s division, the top-seeded Gamers from Idaho (photo below) lost their first bracket game 10-8 and had to win their way through the elimination bracket to face Stor-A-Way/Grey Sox of Washington for the title. Gamers double dipped the Grey Sox 13-7 and 12-7. Last Call 65s of Nevada finished third. 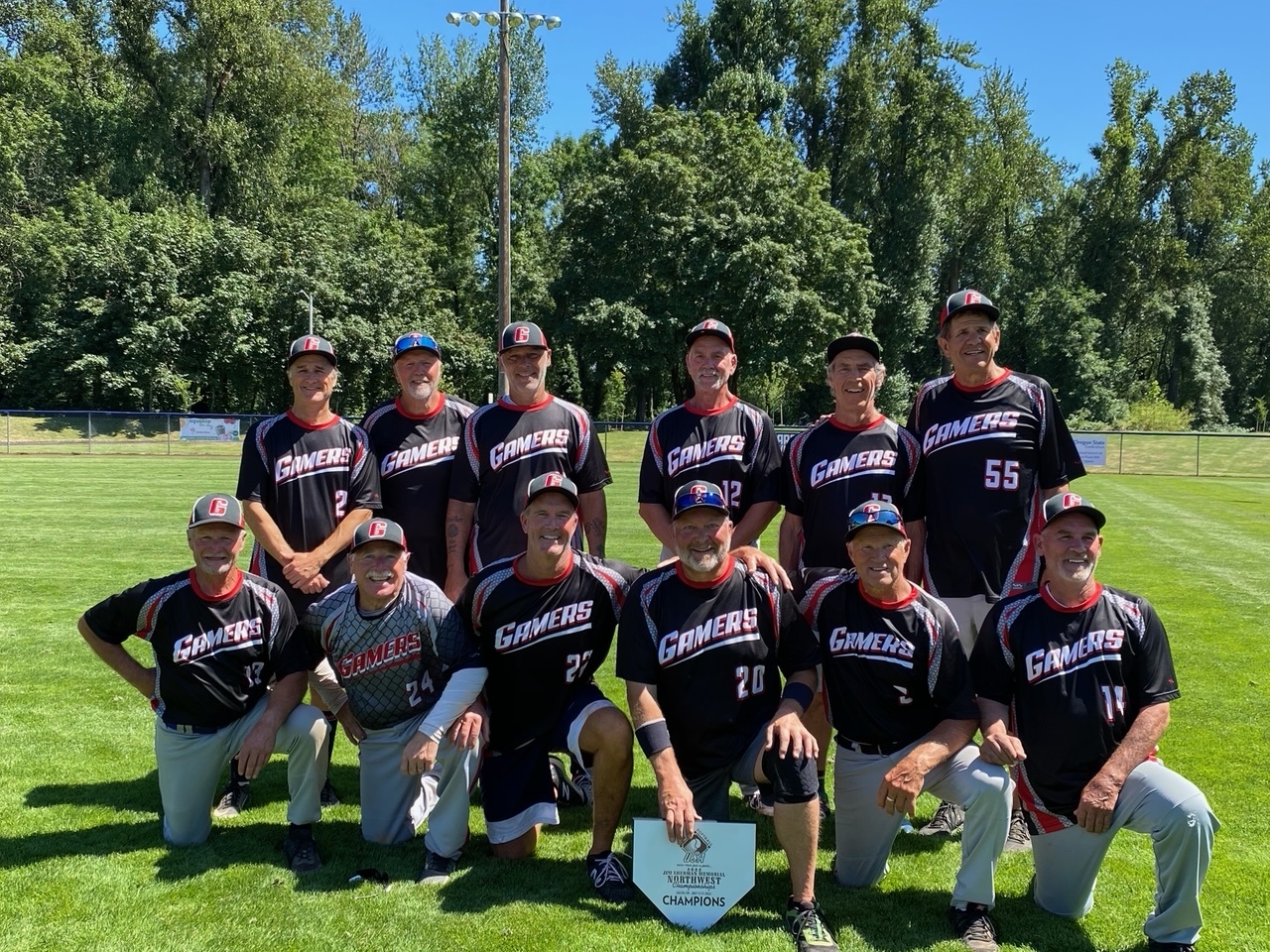 The Oregon Crabs 70s also nabbed a title by defeating Enviro-Vac Marauders of British Columbia 15-8 in the championship of the three-team 70/75+ Platinum division. Omen 75 of California finished third.

In the three-team 65+ AA division, the Cascade Thunder capped an unbeaten tournament with a 20-5 victory over runner-up VAN USA-Wooly’s of Washington. Northwest Silver of Washington placed third.

In the four-team 70+ AAA division, Last Call of Nevada defeated Scrap Iron 5280’ of Colorado 12-9 to win the championship. Seattle 70 of Washington took third.

The younger teams arrived for weekend play, with two women’s divisions joining the fun on the diamonds.

In men’s play, eight teams battled in the 40+ Masters/50+ Platinum division. The Northwest Legends 40s of Washington lost both of its pool game but then ran unbeaten through the bracket, capped by a 23-17 title game victory over Smash It Sports Northwest 40s of Washington. The Northwest Legends scored at least 23 runs in each of the team’s four bracket games. Cody Staffing/A3, a 40+ Major-Plus team from Washington, finished third.

The Rough Necks of Washington (photo below) won the six-team men’s 40+ Masters AAA division by defeating Style/Integrity/Sutton of Oregon 16-14 in the title game. GTR of Oregon finished third. 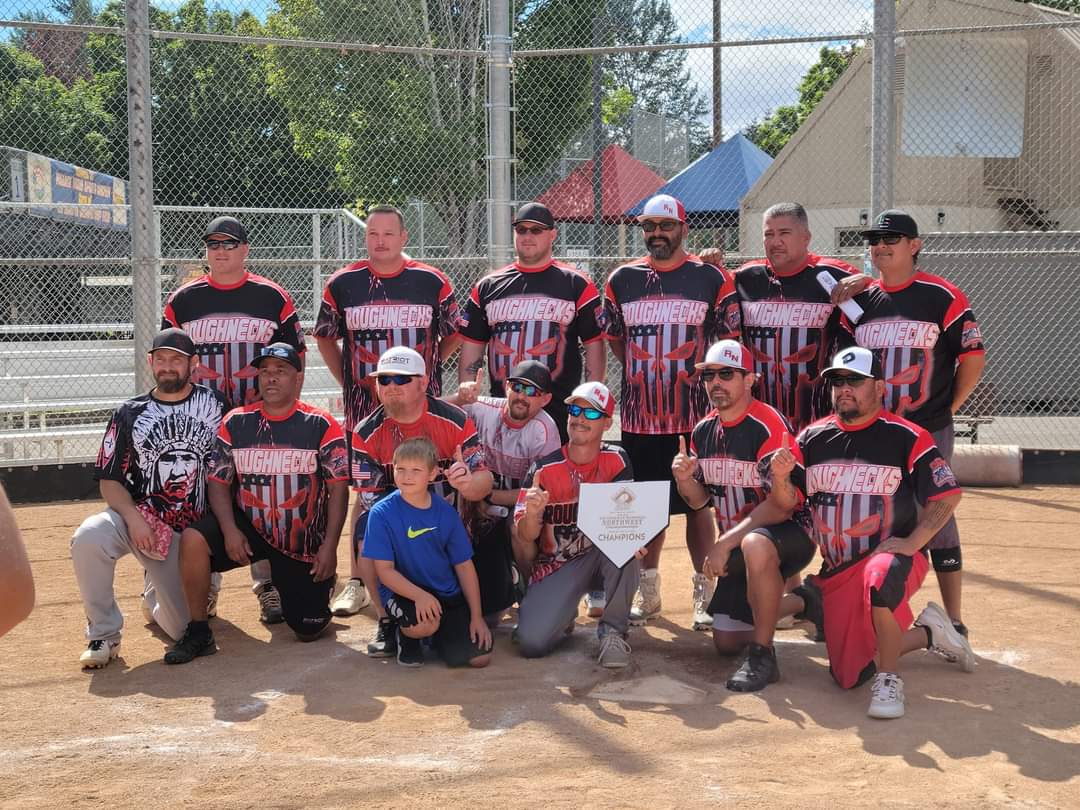 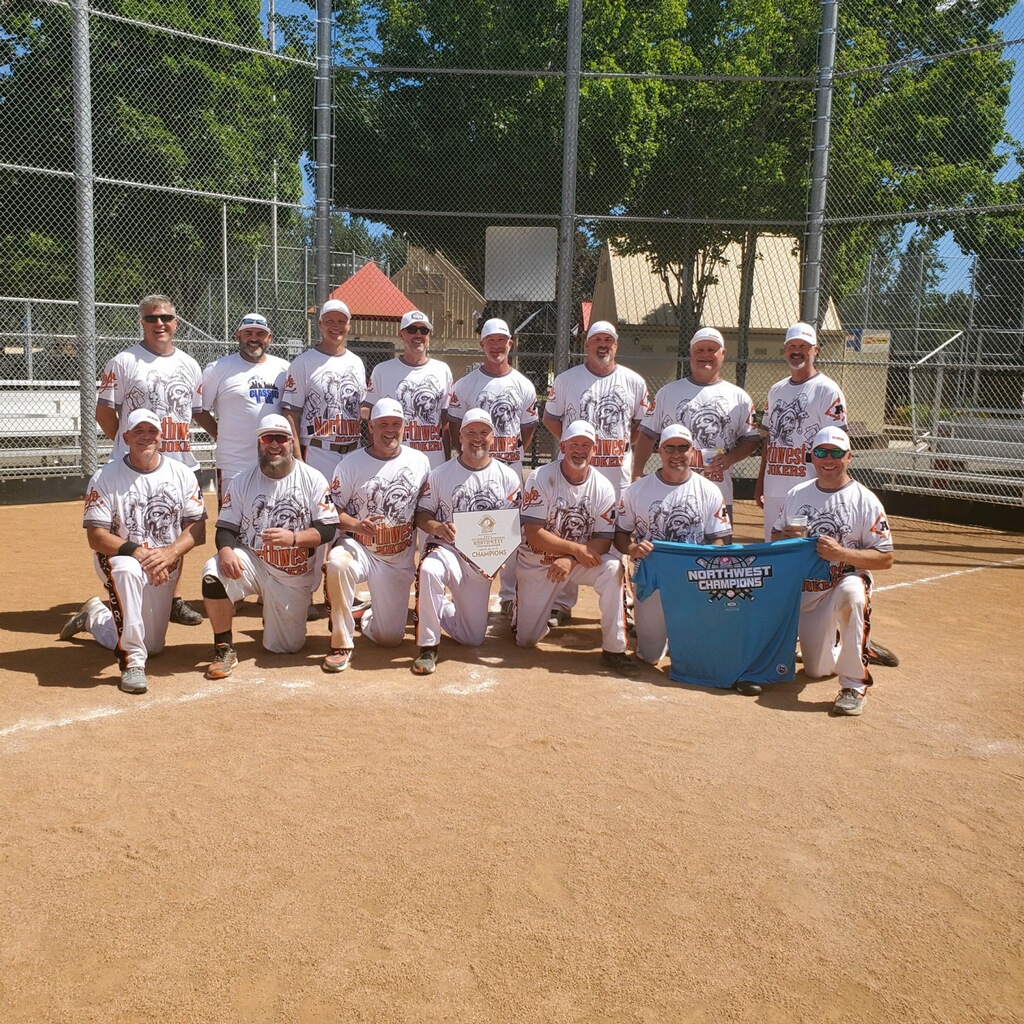 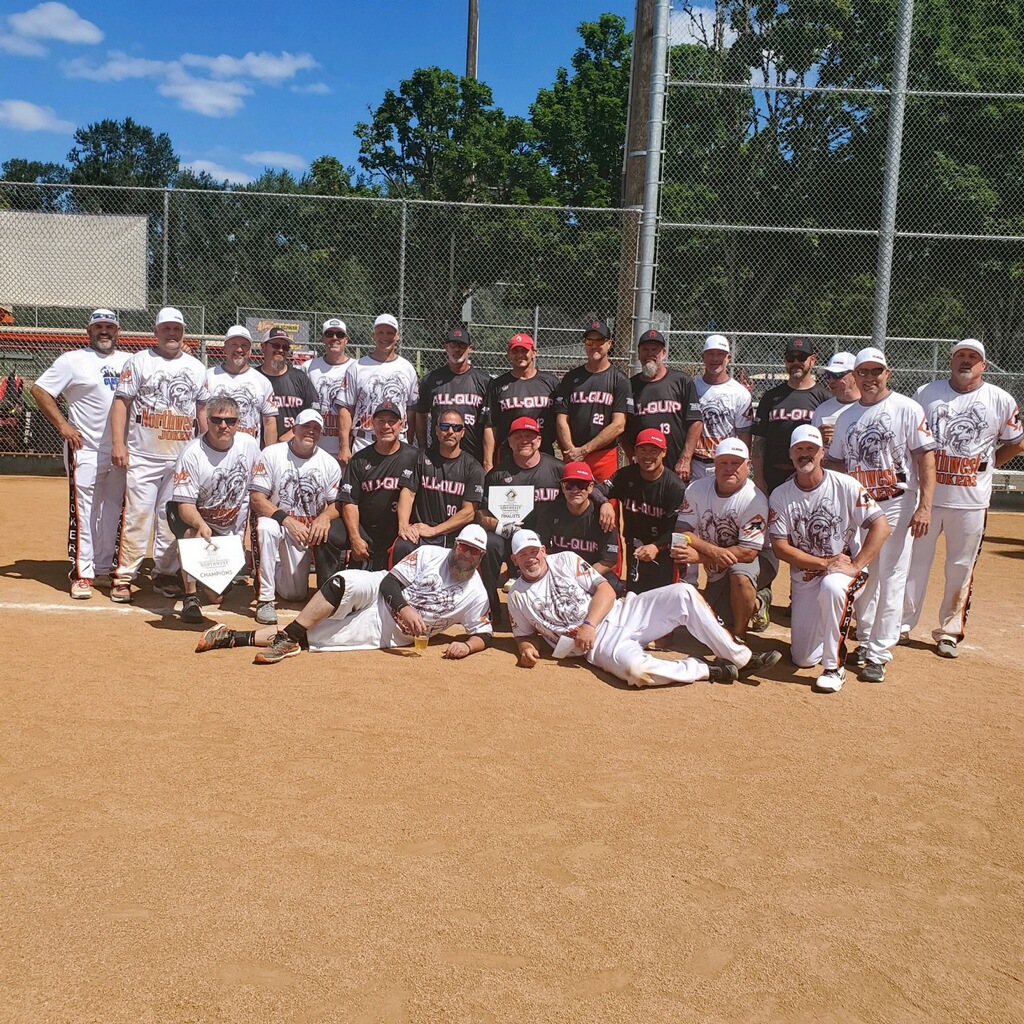 Top-seeded CornerStone of Oregon won its games by an average of 12 runs until reaching the championship of the eight-team 60+ Major division, where the Washington Legends gave them a fight. CornerStone won that game 12-11. The Tri-State Kings of Alaska finished third.

The Northwest Yeahoos defeated Chelu of Oregon 21-12 for the title of the four-team 60+ AAA division. Haulin’ N Ballin’ 60 of Washington placed third.