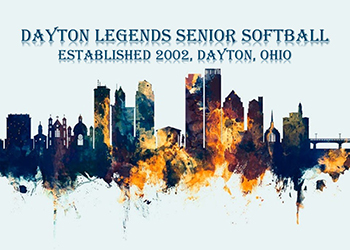 The Dayton Legends Softball Club was established in October of 2002 and started out with just a single 50 AA team. 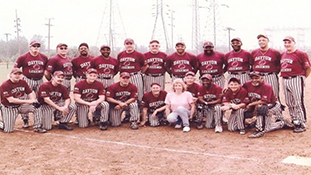 Each full-time member/player pays yearly club dues, which goes into their team account and is used for tournament fees and additional equipment.

Additionally, the club has a code of conduct for its players and teams, as they are representing the Dayton Legends, as well as the City of Dayton, and are expected to conduct themselves accordingly.

Off the field, the Dayton Legends have a Community Action Committee, which works with charities and provide services to organizations such as Children’s Medical Center and Homeless Veterans Shelter.

For the last three years, The Dayton Legends Softball Club has played games against the Wounded Warrior Amputee Team at Wright State University. “It is an honor to share the field with these young men and women who have given so much to this country,” said Keith Turner, president of Dayton Legends Softball Club. “I, myself, retired from the Army after serving 25 years and am also an Iraq combat veteran.” 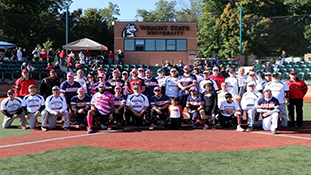 The game serves as a fundraiser for Fisher House, which are comfort homes for Veterans’ families when they are hospitalized, as well as Honor Flight, WWAST Kids Camp, and Combat Outpost Robinson, who works with veterans suffering from PTSD and Veteran Suicide.

“We have raised and donated over $50,000 and we already have this year’s games scheduled,” said Turner. “Every penny made goes to the charities, and every member of the committee that plans these games every year is a volunteer and receives no compensation.”

For more information on The Dayton Legends, please visit their website: www.daytonlegends.com.

The Dayton Legends can also be found on Facebook.