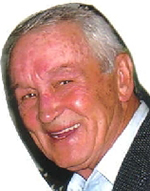 Thacker attended the University of Puget Sound on a football scholarship and earned a bachelor’s degree in 1961. While at Puget Sound, Thacker lettered in three sports (football, baseball and basketball). Thacker would later go on to earn his master’s degree in education from Puget Sound in 1970 and went on to teach, while coaching football and baseball.

Thacker began playing softball with local, regional and national powerhouse, Heidelberg from 1965 to 1972. He would later join the master's ranks with Ruth Realty in 1992.

“I’m sorry to hear of Jerry Thacker’s passing,” said Bill Ruth, president of SSUSA and manager of Ruth Realty. “He played a number of years with our Ruth teams. We picked him up when we started playing in and around Tacoma in the early days. Jerry was a rough and tough player, a real character and a fine player and really helped our teams.” 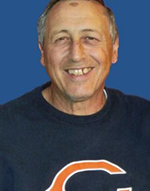 Garzotto was a long-time member of SSUSA, beginning play in the 50s division with Midwest Express. He played the last three seasons with Blue Chips 65, most recently playing in the Winter World Championships in November 2017.

“Few loved softball, especially Senior Softball, more than Richie Garzotto,” said Bob McShane, manager of Blue Chips. “A big strong immigrant from Italy, Richie joined the U.S. Army and served proudly in Vietnam. He returned to his beloved Chicago and took to his favorite sport, baseball. Richie was a powerful hitter to all fields and equally strong in the infield. From all his fellow Blue Chips, Thanks Richie … you will be missed.”

Along with Midwest Express and Blue Chips, Garzotto also played with All-In and Chicago Strikers, among others.

Born in Italy, Garzotto served in the Army during the Vietnam War, and was a retired machinist. He loved all Chicago sports, but was especially passionate about the White Sox. Along with playing softball, Garzotto was an avid fisherman and bowler.