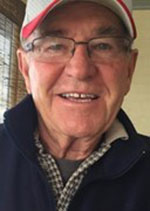 Wiltgen helped play a key role in founding the Scrap Iron Softball Club as a formal club in 2004 and served as club president in 2005.

“Bob was a student of the game and was always willing to help you become a better player,” said Dennis Lutz, manager of Scrap Iron Legacy.  “Anyone who played with or against him knew he would give his best.   His involvement with being one of the founders of the Scrap Iron Softball club was monumental, always encouraging its advancement.  He will be missed.”

“Having been a team member and a manager of Scrap Iron teams with Bob as a top-notch infielder, you always got the best,” said Ron Howard, member of the Scrap Iron Legacy teams. “He was a student of the game enjoying the role of a mentor to those of us that sought his expertise to better our game.”

Wiltgen was a member of the Scrap Iron 60s team that captured SSUSA’s elusive Triple Grand Slam in 2005, and was inducted into the Scrap Iron Hall of Fame as a Player in 2007.

“Bob was truly one of my very favorite people in softball,” said Fran Dowell, SSUSA executive director. “He always had a smile to greet me and a little teasing too. I would see him in an elevator on the way to the fields and I had click in my step all day from his kindness and the twinkle in his eye.”

Wiltgen attended Westmar College in Le Mars, Iowa, where he played baseball and basketball. He would go on to play AAA baseball in Cheyenne, Wy.

Wiltgen served in the Army and the Army National Guard, worked for Boeing, and retired from Eastman Kodak, where he was a packaging technician. In 1988, Wiltgen and his wife (Marilyn) opened the Lovelander Bed and Breakfast Inn, which they operated for nearly 10 years, welcoming guests from all over the world. 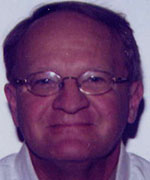 Case most recently played in the 2018 Winter World Championships in Phoenix this past November with Blue Chips, helping to lead the team to a runner-up finish in the Men’s 65 AA Division.

“It’s so very difficult to write this note because of the sudden and tragic loss of our dear friend, Jeff Case,” said Bob McShane, manager of Blue Chips 65. “JC came to the Blue Chips from Indianapolis, along with a couple other needed players. He played third base and challenged batters by moving up in the position, with lightening quick hands. Jeff rolled up his sleeves and gave a look of, ‘go ahead, try and get it by me.’ Over the past couple years his knees were troubling him and had surgery to repair the damage. He came back in Phoenix, with fire in his belly and a powerful will to win. We finished second, there was no doubt, this was his finest moment hitting .714 with several clutch late inning hits. It was fair to say, ‘he’s back’!”

“Jeff was an extremely proud member of the U.S. Marine Corp. He may not have been the biggest guy on the block, but there was no shortage of toughness or desire in Jeff Case.”

“God Bless you JC. We loved you like a brother. You are truly missed.”

“Jeff was a good friend and teammate,” added Nancy Allen, SSUSA Indiana State Director. “He started playing senior softball with our Indy Fog team and has been playing with Blue Chips for many years. He helped me through the loss of Coachie (husband), and I consider it a privilege to be his friend. My prayers go out to his wife, family, and friends. We gained an angel to watch over us. Our #4 shortstop will be missed here on Earth.” 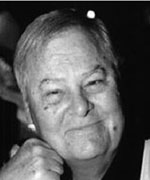 DeSouza was a member of Golden Seniors Softball Club of Sacramento for 18 years, where he played in the night leagues, as well as the Tuesday morning leagues.

“Bud was a great ball player and a gentleman of the game,” said Bill Hill, president of Golden Seniors Softball Club. 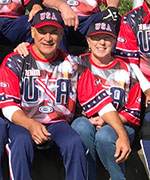 Vanedam-Vaccaro and her husband, Tony, who has played SSUSA since 2010 and is a current member of Durham Silver Stix 60, both attended the most recent SSUSA International Tours, traveling to Scandinavia in June of 2018, as well as to the Pacific Rim Championships in Japan in October of 2018.

“Vickie and Tony were wonderful ambassadors for the sport both at the Pacific Rim Championships in Japan and the Scandinavian tournaments last year,” said Terry Hennessy, SSUSA’s chief executive officer. “Vickie was a joy on the trip: always upbeat and enjoying whatever adventure came our way. She will be deeply missed!”

Vanedam-Vaccaro was a teacher with the Toronto District School Board, and served as both a Vice-Principal and School Principal until her retirement in 2012.