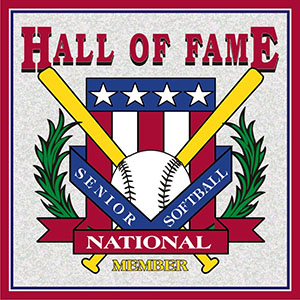 The National Senior Softball Hall of Fame has grown by 24-members, with the latest inductees as part of the Class of 2019-2020.

Dowell began working with SSUSA in the late 1990s as the company’s independent accountant.

He then got his start as a fill-in field director at the 2001 World Championships in Las Vegas.

Starting in 2003, Dowell began writing tournament schedules for SSUSA and later developed a scheduling software system that is still in use today.