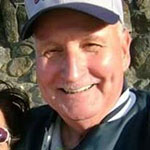 Curtis Hazlewood, 73, of Modesto, Calif., died on July 29 from cancer.

In SSUSA, Hazelwood was a long-time member of Animals 60 and 65, and most recently played with Who 70. He last played in the 2019 Rock ‘N Reno Challenge Cup.

With Animals 65, Hazlewood helped lead the team to a first place finish at the 2015 LVSSA/SSUSA World Masters Championships in the 30-team Men’s 65 AAA Division.

Along with being an SSUSA member, Hazlewood was also a long-time member of Stanislaus Senior Softball Association (SSSA) as a player, manager, coach, commissioner and Director.

For his efforts, Hazlewood was inducted into the SSSA Hall of Fame in 2013.

“Curtis was my teammate and best friend for the past 20 years,” said Dave Conley, manager of Who 70, and member of Animals. “It's hard to state what a great guy Curtis was. He would play any position I needed to put him in, and if you needed anything, he was the first one there no matter what.”

“In 2010, when I had both my knees replaced at the same time and woke up from surgery, there Curtis was keeping me from thinking I could just jump out of that bed and walk on home," said Conley. "So it wasn't just his playing ability. He was the greatest person I've ever met. I’m proud to have known him and he will be in my life forever. #16 will never be worn by an Animal or Who player again.” 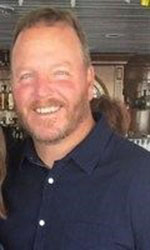 Lemmon worked in law enforcement for 28 years and retired as a Lieutenant from the San Leandro Police Department. He also volunteered his time in the community as a youth sports coach for 26 years, most recently serving as the Girls Varsity Basketball Head Coach at Monte Vista High School.

Lemmon’s passing was featured in The Mercury News.
https://www.mercurynews.com/2020/02/07/monte-vista-girls-basketball-coach-jim-lemmon-remembered-for-being-a-good-man/

Lemmon began his SSUSA career in 2012 with East Bay Oldies 50, before moving on to West Coast AfterShock (JU Ent/AfterShock) 50 as player/manager from 2014-2019.