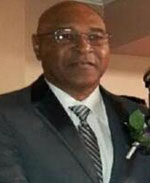 Smothers was the long-time manager of Mixed Breed 50, which he managed for over 18 years.

At the 2014 World Championships in Las Vegas, Smothers guided his team to a runner-up finish in the 62-team Men’s 50 AAA Division. The team posted an 8-2 record in the tournament, with both losses coming against eventual champion, Oklahoma Rhino.

“Warren was undoubtedly a great CEO, manager and coach,” said Eric Young, a four-year member of Mixed Breed. “His love for the game was unmatched by many. He was a very generous person and enjoyed the fellowship with anyone, no matter the subject. His leadership was beyond reproach. He will be truly missed.”

“Mr. Warren managed softball for 50 years,” added Stewart Henry, another long-time member of Mixed Breed. “A dedicated family man who also instilled those values in his players, Warren was honest and straight forward with everyone he met. He loved and enjoyed the game of softball. He will be greatly missed, especially by his Mixed Breed family.”

Smothers worked at Greif Brothers Inc. for 25 years and later went on to own and manage Enterprise Janitorial Services for 30 years. 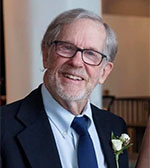 Agard was a long-time member of SSUSA and recently played with three teams during the 2021 season (Team Rehabilitation 85, Minnesota Masters 80, and MN Lumberjacks 75).

“Steve was a retired math professor from the University of Minnesota, thus the nickname ‘Doc,’” said Lowell Thompson, manager of Minnesota Masters 80. “Nobody loved playing softball more than Doc. He never missed a chance to play in a tournament and in recent years played on numerous teams at different age levels. He played with intensity and gusto and his whole being.  He was a team player and great teammate.”