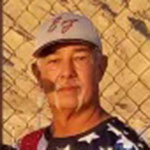 Ron Smith, 67, of Fairfield, Calif., died on Sept. 22; while playing during the World Championships in Las Vegas with Excessive Force in the Men’s 65 AAA Division.

“Ron was the epitome of a really nice person,” said Ernie Lopez, manager of Excessive Force. “Respectful of his teammates and the game of softball, his smile lit up the room and he was a lot of fun to be around. His memory will always be a part of the Excessive Force team. RIP our friend, our teammate.”

Smith began the 2021 season with Misfits 65, playing in the Rock ‘n Reno Challenge Cup, before moving on to play with Excessive Force, playing in the Western National Championships and the Yuba City Last Chance Qualifier. 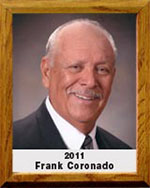 In SSUSA, Coronado was a member of Caliente Players, Tucson Cowboys, and Tucson Pioneers, which he also managed. He last played in an SSUSA tournament in 2008 at the Gold Glove Classic.

In 1972, Coronado was part of the Tucson Gas & Electric semi-pro baseball team that placed seventh in the national tournament in Wichita, Kan., and received the NBC Sportsmanship Award. That team was named Team of the Year by the Arizona Daily Star.

For his efforts, Coronado was inducted into the Pima County Sports Hall of Fame in 2011. 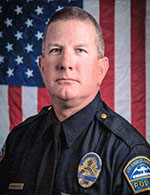 Mike “Razz” Rasmussen, 55, of Palmdale, Calif., died on Sept. 14 in a motorcycle accident.

Rasmussen made his SSUSA debut in 2021 as a member of Enforcers (CA), participating in the Southern California State Championships.

Rasmussen served six years in the U.S. Air Force as a crash rescue firefighter, and was deployed to Saudi Arabia during Operation Desert Storm. 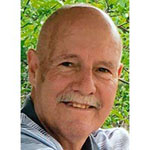 DeRosa, the SSUSA Northeast Regional/New Jersey State Director in the Clubs & Leagues program, was selected as the SSUSA Regional Director of the Year in 2010.

“Pete DeRosa was a guiding force for the sport at the grassroots level in New Jersey and helped build opportunities for seniors to play ball in leagues for more than a decade.  SSUSA – and the sport --  will miss Pete immensely,”  said Terry Hennessy, Chief Executive Officer of Senior Softball USA.

DeRosa was an original owner of Awards of Brick, where he created memorable awards for thousands of athletes, coaches and community members.

After retiring from the Teamsters Local 641 in 2000, DeRosa went on to work for the Brick Township Board of Education in food service.

A founding member of the Brick Memorial High School Booster Club, DeRosa was a staunch supporter of Brick Memorial Athletics. For nearly 40 years, DeRosa could be heard as “The Voice of the Mustangs” at every home football game.

DeRosa was inducted into the school’s Hall of Fame in 2013.